Felicity Huffman released from prison before end of 14-day sentence

The actress was the first parent sentenced in the scandal, which was the biggest college admissions case ever prosecuted by the Justice Department.

SAN FRANCISCO - “Desperate Housewives” star Felicity Huffman was released from prison Friday in Northern California after serving just under her two-week sentence in a college admissions scandal that underscored the lengths some wealthy parents will go to get their children into top universities.

Huffman began her 14-day sentence on Oct. 15 at the Federal Correctional Institution in Dublin, a low-security prison for women in the San Francisco Bay Area. She was released early as part of a policy regarding inmates who are set to be released on weekends, according to a prison official. 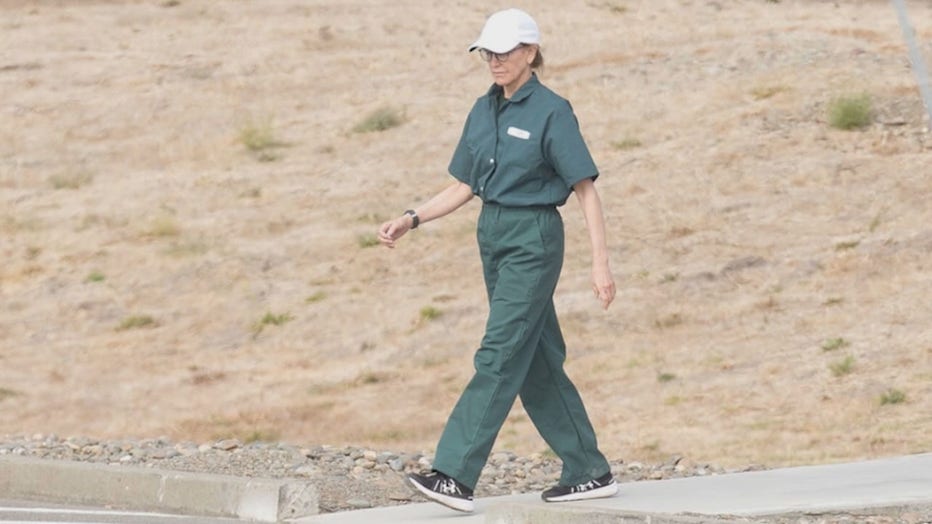 Felicity Huffman is pictured in the midst of her 14-day sentence at the Federal Correctional Institution in Dublin, California. (Photo credit: TMZ)

A federal judge in Boston sentenced Huffman last month, who will also have to pay a $30,000 fine, complete 250 hours of community service and received a year’s probation after she pleaded guilty to fraud and conspiracy for paying an admissions consultant $15,000 to have a proctor correct her daughter’s SAT answers.

The Emmy-award winning actress tearfully apologized at her sentencing, saying, “I was frightened. I was stupid, and I was so wrong.” 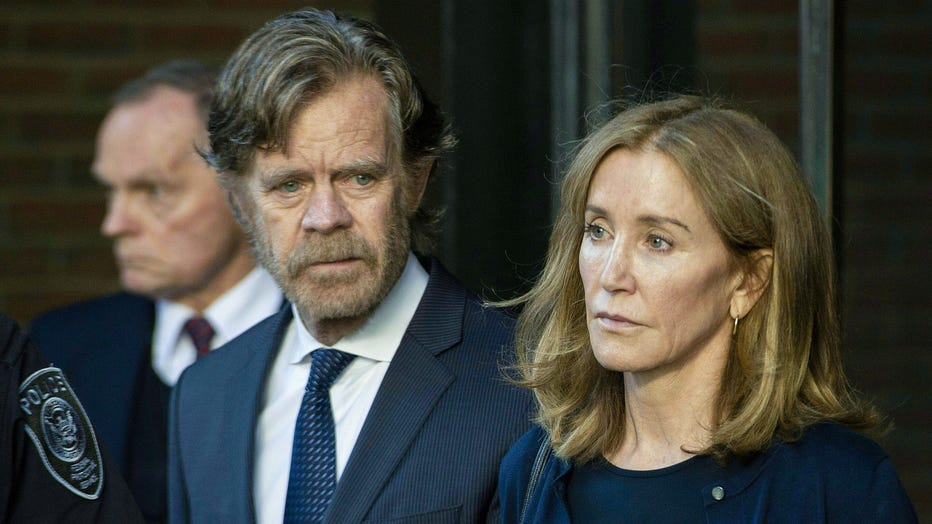 Actress Felicity Huffman, escorted by her husband William H. Macy, exits the John Joseph Moakley United States Courthouse in Boston, where she was sentenced by Judge Talwani for her role in the College Admissions scandal on September 13, 2019. (Photo

The judge noted that Huffman took steps “to get one more advantage” for her daughter in a system “already so distorted by money and privilege.”

Huffman was the first parent sentenced in the scandal, which was the biggest college admissions case ever prosecuted by the Justice Department.

The Associated Press contributed to this report. This story was reported from Cincinnati.