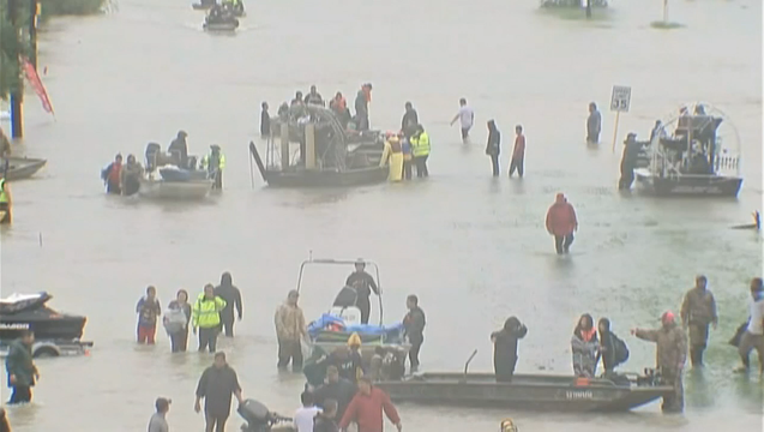 WASHINGTON (AP) - The official numbers for last year's Hurricane Harvey are in, and they go beyond the 68 dead and $125 billion in damage.

That's from a report released Thursday by the National Hurricane Center.

"It's a once in a lifetime event for so many people," said center hurricane specialist Eric Blake, lead author of the report. "I think the flooding in the Houston metropolitan area is really unparalleled."

The entire metro Houston area averaged between three and four feet of rain.

Harvey was the first of three monster storms to hit the United States in 2017. Tallies on Irma and Maria are still being compiled.

Harvey was Texas' deadliest hurricane in 98 years. All 68 of the deaths were in Texas; 36 in Houston's Harris County. None was from storm surge - sudden coastal inundation from the sea - which is usually the deadliest part of a hurricane, Blake said. All but three of the deaths were from freshwater flooding.

The hurricane center estimates Harvey's damage at between $90 billion and $160 billion with a midpoint of $125 billion, placing it second in U.S. history behind Katrina's inflation-adjusted $161 billion. The maximum winds on landfall were 133 miles per hour (213 kilometers per hour) making it a Category 5 storm.

But the really big numbers in the report have to do with rain. Government meteorologists calculated that much of the Houston metro area experienced a flood that is a greater than once-in-1,000 year event, the highest level they calculate.

"It is unlikely that the United States has ever seen such a sizable area of excessive tropical cyclone rainfall totals as it did from Harvey," the report said.

Until Harvey, the record for rainfall from a hurricane or tropical storm in the Lower 48 states was 48 inches in 1978, and 52 inches in Hawaii in 1950.

With Harvey, seven places beat out the 52-inch record and 18 places beat the 48-inch mark. The top two - Nederland and Groves, Texas - both were more than 60.5 inches.

"Harvey was historic because so much rain was spread out over a large area," said Texas state climatologist John Nielsen-Gammon, who didn't participate in writing the report. "This made it impossible for first responders to deal with all the emergency evacuations that needed to happen in so many areas at the same time."