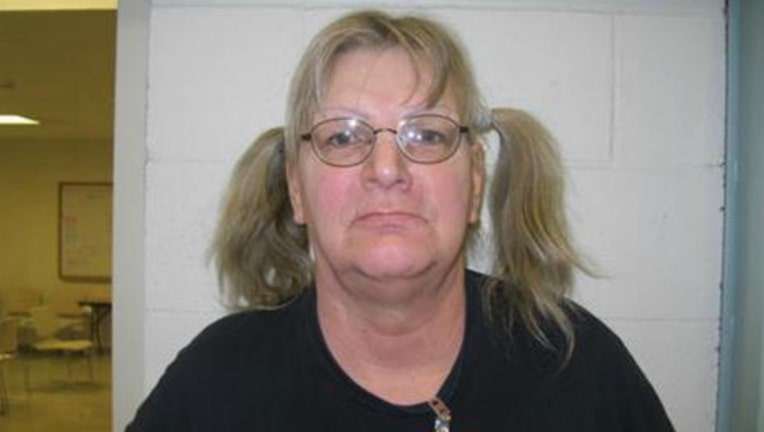 CHEYENNE, Wyo. (AP) — A woman who was recently released from prison in Oregon robbed a bank in Wyoming only to throw the cash up in the air outside the building and sit down to wait for police, authorities said Friday.

Investigators say 59-year-old Linda Patricia Thompson told them she wanted to go back to prison.

Thompson said she had suffered facial fractures after strangers beat her at a Cheyenne park last weekend.

She said she couldn't get a room at a homeless shelter and decided to rob the bank Wednesday because she could no longer stay on the streets, court records say.

She faces a detention hearing Tuesday on a bank robbery charge and doesn't have an attorney yet.

FBI Special Agent Tory Smith said in court documents that Thompson entered a US Bank branch in Cheyenne and handed a teller a cardboard note that said, "I have a gun. Give me all your money."

The teller turned over thousands of dollars.

Outside, Thompson threw money into the air and even offered some to people passing by, Smith stated. He added that Cheyenne police Lt. Nathan Busek said he found Thompson with a large sum of money when he arrived at the bank.

"Lt. Busek asked Thompson what was going on, and Thompson replied, 'I just robbed the bank, I want to go back to prison,'" Smith wrote.

Thompson had been serving time at Coffee Creek Correctional Facility in Wilsonville, Oregon, for a second-degree robbery conviction in Union County until her release in June, Betty Bernt, communications manager with the Oregon Department of Corrections, said Friday.

Thompson told investigators then that she didn't want to be released and advised the Oregon state parole office that she would not do well on parole.

An attempt to reach Thompson's parole officer for comment wasn't successful on Friday.