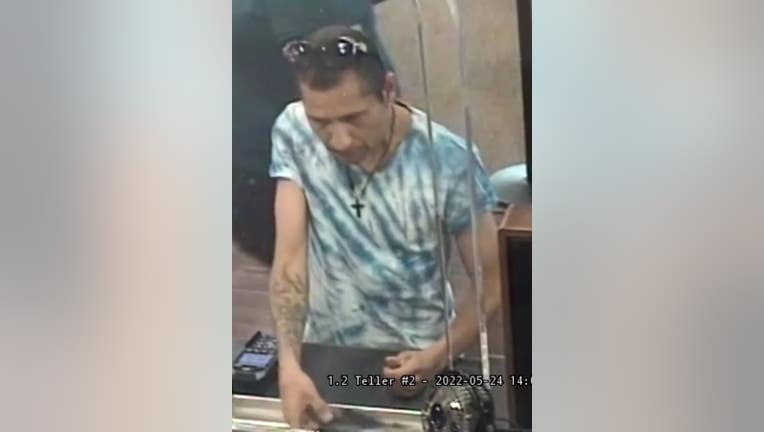 HOUSTON - The FBI Houston Violent Crime Task Force needs your help identifying and locating a man dubbed the ‘Tie-Dye Desperado,' who is wanted for a south Houston bank robbery that occurred on Tuesday.

According to a release, the suspect walked into the Chase Bank, located at 1102 East Southmore Avenue in Pasadena and approached the teller line.

Officials said he handed a teller a note demanding cash and said he wanted money. The teller complied, and the man left the bank with an undisclosed amount of cash.

He then sat in the passenger seat of a gold, older model pickup truck and an unknown suspect drove away from the scene.

The 'Tie-Dye Desperado' bank robber is described as a thin, Hispanic male in his mid-30s, approximately 5’3" tall with a distinct tattoo on his right forearm. He wore a tie-dye t-shirt, cross-style necklace, and there were sunglasses on his head. 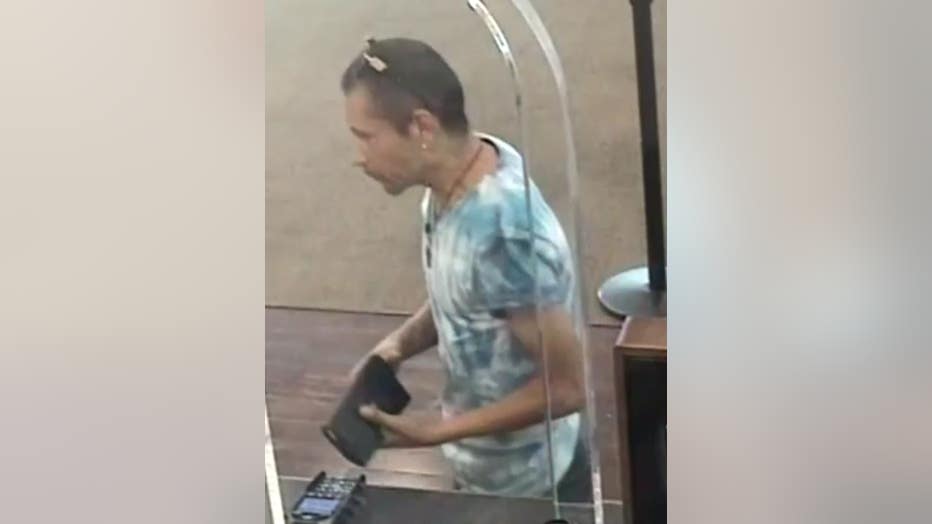 Crime Stoppers may pay up to $5,000 for information leading to the identification, charging, and/or arrest of the suspect in this case. Information may be reported by calling 713-222-TIPS (8477), submitted online by clicking here, or through the Crime Stoppers mobile app. Only tips and calls directly to Crime Stoppers are anonymous and eligible for a cash reward.