3 dead in crash on Westpark Tollway

Three people, including a toddler, died in a wrong-way crash on the West Park Tollway, the Fort Bend County Sheriff's Office says.

HOUSTON - A two-year-old boy and two drivers died in a wrong-way crash on the Westpark Tollway in north Fort Bend County, the sheriff’s office says.

The crash occurred around 1:15 a.m. Friday in the westbound lanes of the Westpark Tollway at FM 1464.

According to the sheriff’s office, a 31-year-old man and a 2-year-old boy were in the black car. The man died at the scene.  The 2-year-old boy was taken to the hospital by Life Flight, but he later passed away, authorities say. 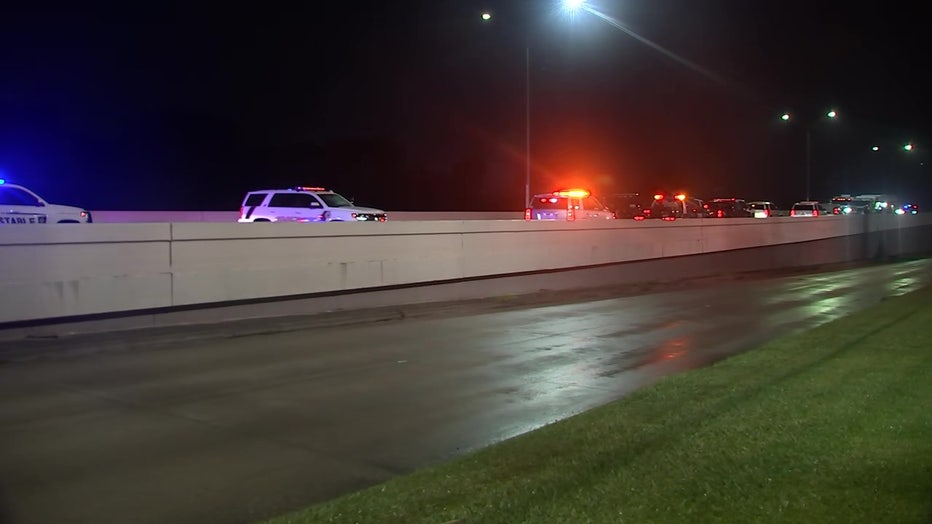 The Fort Bend County Sheriff's Office and the Community Fire Department respond to the scene of deadly crash.

The driver of the SUV also died at the scene and has not been identified.

An investigation is underway. The sheriff’s office says they will review video footage to determine where the wrong-way driver got on the tollway.