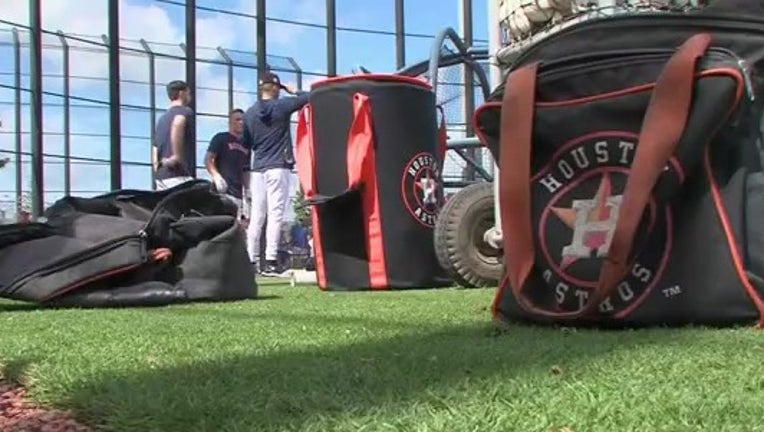 On Wednesday, MLB and the players’ association were unable to agree on terms during the latest round of negotiating. MLB then made the decision to cancel the first two weeks of the season.

RELATED: MLB Lockout: Here's what you should know as games are canceled until at least April 14

"I know there’s a lot of rule changes being considered, but for the fans, we’re being left out in the cold," said Greg Gonzalez, an Astros fan.

The Houston Astros are hoping to defend their recent American League Championship title this upcoming season. Several questions surround how their roster could look in 2022. Fans say they’re waiting anxiously.

"I love baseball," said John Versnel. "I usually watch spring training every year. I’ve gone to Astros games my whole life. I had a dog named Berkman growing up. This is not good."

Businesses that surround Minute Maid Park say the lockout will impact them financially.

On Wednesday, we met with Louis Galvan, owner of Irma’s Southwest.

"Opening Day is our biggest day of the year, other than the World Series and playoffs," said Galvan. "Per game, we’re probably missing out on $20,000 or $30,000. This restaurant stays pretty busy with corporate functions and private parties, but the Astros are just the icing on the cake."

As heated discussions continue between MLB owners and players, the first two weeks of the season have now been canceled.  At the earliest, regular-season games could begin on April 14.

"Every series we miss is tough," said Galvan. "We already missed opening weekend with the Phillies and we missed the Yankees series. Hopefully, they make those games up. At this point, hopefully they get back on the field soon."