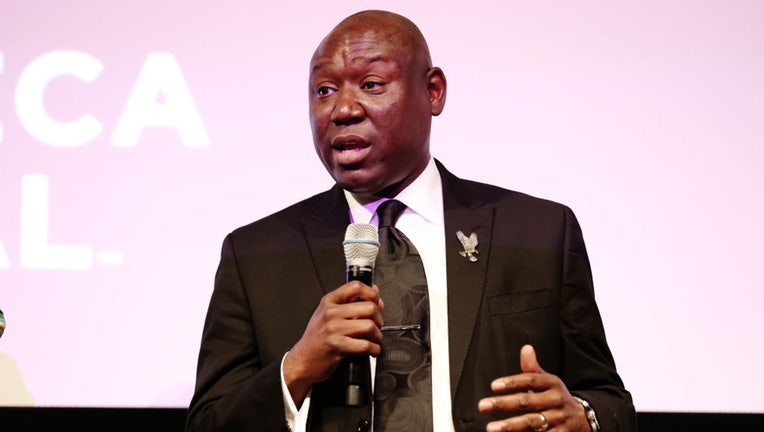 Attorney Ben Crump said police video viewed by the family on Monday showed that Nichols was shocked, pepper sprayed and restrained after the 29-year-old FedEx worker and father was pulled over Jan. 7 minutes from his home while returning from a suburban park where he had taken photos of the sunset. Another attorney, Antonio Romanucci, said that Nichols was kicked before Crump stopped him from saying more.

Crump said Nichols’ family agreed to investigators’ request to wait a week or two before making the video public to "make sure to give this family what they want most, and that is justice." Shelby County District Attorney Steve Mulroy said in a statement Monday that investigators don’t want to risk compromising the investigation.

Crump said the video shows the encounter was "violent" and "troublesome on every level." Romanucci called it "savage" and out of proportion to the alleged offense.

The city has been on edge about the release of the police footage because of the possibility of unrest. Nichols’ stepfather, Rodney Wells, asked that if there are protests, that they remain peaceful, saying violence "is not what Tyre wanted and won’t bring him back."

Nichols — described by family as a "good kid" who loved skateboarding, photography and his 4-year-old son — was arrested after officers stopped him for reckless driving. Police said in a statement the day after the encounter that "a confrontation occurred" as officers approached the vehicle and Nichols ran; they said officers caught up to him and that "another confrontation occurred" while they were taking him into custody. Police said Nichols complained of shortness of breath and was taken to a hospital, where he died three days later.

Relatives have accused the police of beating Nichols and causing him to have a heart attack and kidney failure. Authorities have only said that Nichols experienced a medical emergency. The U.S. Justice Department has opened a civil rights investigation into the arrest, and the Tennessee Bureau of Investigation is looking into whether excessive force was used.

All five officers are Black, though Crump said that was irrelevant and that Black and brown motorists often are treated differently than whites regardless of the officers’ race, and that the pain of Nichols’ death "is just the same."

Nichols’ stepfather Rodney Wells, who said the family wants the officers charged with first-degree murder, told reporters that his stepson had good reason to run from the officers.

Attorneys said Nichols can be heard on the video crying out for his mother.

RowVaughn Wells said that on the day of the arrest, her son was looking forward to a chicken she was going to cook for dinner that night.

"All my son was trying to do was come home," said Wells, who sobbed during the news conference and told reporters Nichols was less than 80 yards (73 meters) from home when Memphis police officers "murdered him."

"We’re going to get justice for my son, Tyre, if that’s the last breath I take," she said.

After the family's news conference about 10 activists walked into the lobby of Mulroy's office to demand answers to why the district attorney was withholding the video from the public for up to two more weeks and why he hadn't charged the officers.

"People want to see what happened to Tyre," activist Pamela Buress said. "And we’re angry about it."

The Nichols case is the latest high-profile death to rattle the city. Since November 2021, Memphis has seen the fatal shooting of rapper Young Dolph in a daytime ambush at a bakery, a crime rampage in which a man has been charged with fatally shooting three people and wounding three others, the killing of a United Methodist Church pastor during a carjacking in her driveway and the early-morning kidnapping of a jogger whose body was later found near a house.