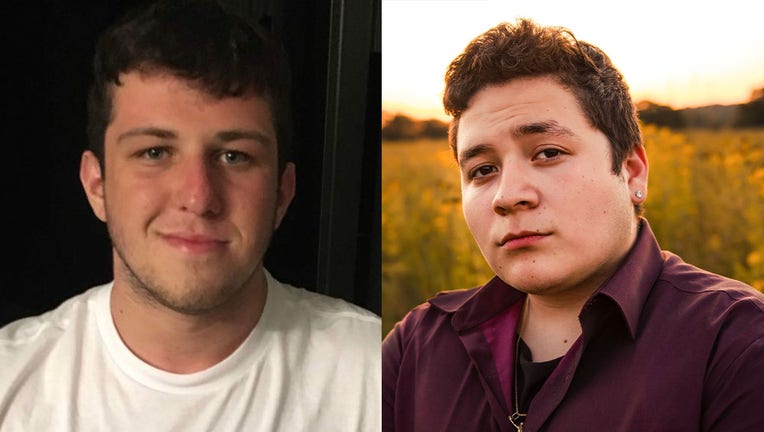 NAPERVILLE, Ill. - The family of two close friends from suburban Chicago who were killed at the Astroworld concert in Houston this month have filed wrongful death lawsuits against rapper Travis Scott, the Live Nation entertainment company and others.

The lawsuits filed by the Naperville families of Jacob "Jake" Jurinek, 20, and Franco Patino, 21, are part of a flood of dozens of suits against Scott and the companies behind the Nov. 5 event in which 10 people were killed and hundreds were injured when a crowd surge pushed concert-goers forward, crushing and trampling many of them.

As with many of the other lawsuits, this one puts the blame on the companies and Scott, an organizer of the concert who was on stage when the deadly scene unfolded, for failing to take even the most basic safety precautions.

Two major lawsuits seeking a total $2.75 billion were filed this week on behalf of victims of the Astroworld tragedy, which left 10 people dead and hundreds more injured.

Danish Baig, who lived in Crowley, Texas, was killed while protecting his fiancée in the crowd surge at the Astroworld Festival. He was two weeks shy of his 28th birthday.

"Defendants egregiously failed in their duty to protect the health, safety, and lives of those in attendance at the concert, including but not limited to the failure to provide adequate security personnel to implement crowd control measures, proper barricades, and the failure to provide a sufficient amount of emergency medical support," the suits contends.

Patino and Jurinek were both college students, Patino at the University of Dayton in Ohio and Jurinek at Southern Illinois University-Carbondale. They had been football teammates at Neuqua Valley High School in Naperville.

MORE: 70 minutes at Astroworld: A countdown to catastrophe

Like the loved ones of the other victims, a partner in the Chicago law firm Corboy & Demetrio, which filed the lawsuits this week in Harris County Courts in Houston, said the families are trying to make sense of something that makes no sense.

"A healthy, strong 20- or 21-year-old child goes off to a concert thinking he’s going to have some fun, and they’re going to be celebrating, in this case, Jake’s 21st birthday," Corboy said, according to the Naperville Sun. "Nobody expects to go to something as happy and joyous as concert where they end up dying. Nobody anticipates when they pay these high prices for these concert tickets that they have to worry about things like that."