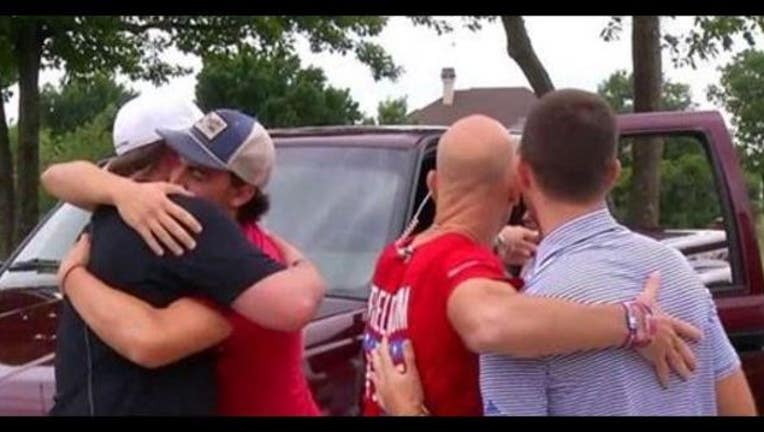 (FOX NEWS) - Maj. Troy Gilbert was killed in 2006 when his F-16C Fighting Falcon crashed 20 miles northwest of Baghdad -- leaving behind a wife and five children.

Now, 10 years later, a meaningful belonging of Gilbert's has been returned to his family: His third-generation pickup truck, which the 12-year Air Force veteran had sold just before his deployment to Iraq.

With the help of the Folds of Honor foundation -- which provides educational scholarships to the families of the fallen -- and country music singer Lee Brice, Gilbert's 1992 Chevy Silverado 1500 was found, restored and given back to his family in an emotional reunion on Memorial Day.

"This story really hits close to home for me as an F-16 fighter pilot myself," Maj. Dan Rooney,  the organization's founder, told Fox News.