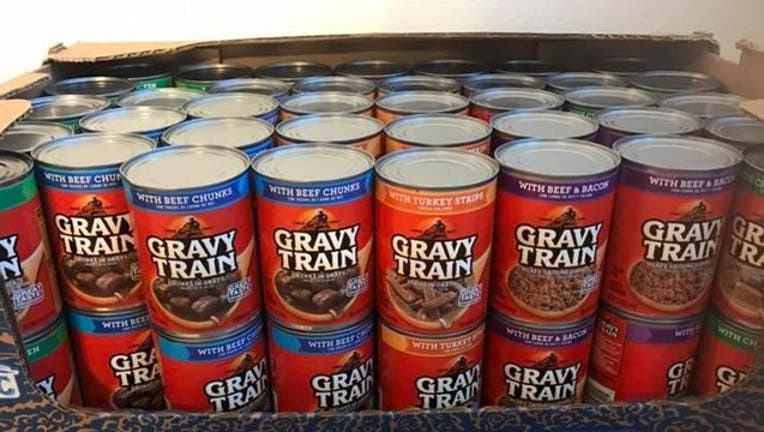 One dog's death has launched an investigation that found at least 31 varieties of dog food contained traces of the poison. (Mike Mason/Facebook)

(FoxNews.com) - A nightmare became reality for Nikki Mael when her five dogs began acting strange minutes after digging into a can of Evanger’s pet food on New Year’s Eve 2016. The Washougal, Washington resident and her family raced to the vet’s office, where Talula the dog soon passed away.

“They were falling over. They were running into the walls. They were convulsing,” Mael told ABC7 of the horrifying incident. “Nobody should have to go through what we went through. I would give anything to see Talula again.”

Devastated, Mael sent the remainder of the Evanger’s food to a lab for testing, where it was discovered that the dog food contained traces of pentobarbital, a lethal drug most commonly used for the euthanisation of dogs, cats and horses, ABC7 reports.

Though the Food and Drug Administration (FDA) bans pentobarbital in animal meat for animal or human consumption, pet food consumer advocate Susan Thixton told the outlet that tragically, such substances often end up in pet food.

Taking action into their own hands, ABC7 partnered with Ellipse Analytics to independently investigate pet food for traces of euthanasia drugs.

After testing 62 samples of wet dog food from over 24 brands for pentobarbital multiple times over several months, just one brand repeatedly tested positive for pentobarbital with sixty percent of samples coming back positive: Gravy Train.

Though People magazine points out that it is not clear how pentobarbital made its way into Talula’s meal from Evanger’s, Smucker's announced Feb. 15 that it is voluntarily recalling shipments of Gravy Train, Kibbles ‘N Bits, Ol’ Roy, and Skippy dog food over pentobarbital-related concerns.

“Veterinarians and animal nutrition specialists, as well as the FDA, have confirmed that extremely low levels of pentobarbital, like the levels reported to be in select shipments, do not pose a threat to pet safety,” Smucker's spokesman Ray Hancart told WebMD.

“However, the presence of this substance at any level is not acceptable to us and not up to our quality standards. We sincerely apologize for the concern this has caused.”

Evanger’s did not immediately return Fox News’ request for comment.

As the FDA continues to investigate the pentobarbital issue, it’s wise for pet owners to throw out any pet food affected by the product withdrawal. In Talula’s memory, an online petition urging Smucker's to recall all dog food and only produce products that meet the same legal health standard as human food currently has over 58,700 signatures.