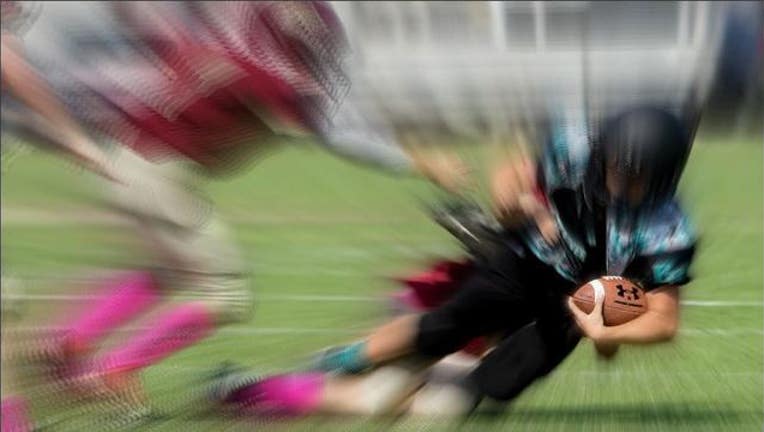 CHICAGO (AP) — Organized tackle football would be banned for Illinois children younger than 12 years old under a bill unveiled Thursday.

The Dave Duerson Act to Prevent CTE is named for the Chicago Bears defensive back who was diagnosed with chronic traumatic encephalopathy after he killed himself at the age of 50. Duerson shot himself in the chest so his brain could be studied for signs of the disease that has been linked to concussions or repeated head trauma.

“When my father tragically took his own life, he donated his brain to science in hopes of being part of the solution,” said Tregg Duerson, who like his father played football at Notre Dame.

“Thanks to increased attention and research on brain trauma, we know that part of the solution is to guard young children’s developing brains from the risks of tackle football,” Tregg Duerson said in a statement, a copy of which was obtained by The Associated Press in advance of the announcement. “This bill honors my family’s hopes and my father’s legacy to protect future athletes and the future of football.”

State Rep. Carol Sente, a Democrat from Vernon Hills, announced the proposal at a news conference Thursday along with Chris Nowinski, the head of the Concussion Legacy Foundation. Also in attendance were former Bears players Mike Adamle and Otis Wilson — a teammate of Dave Duerson’s on the 1985 championship team — and Liz Nicholson, the wife of former Cleveland Brown Gerry Sullivan, who has sued the NFL over its handling of concussions.

“We all want kids to have fun playing football and to learn to play the game the right way early on,” Sente said in a statement. “But the overwhelming data and powerful stories of our supporters here today show the risks of playing tackle football before turning 12 just aren’t worth it.”

Wilson said he hasn’t had any CTE symptoms but he plans to donate his brain to research.

“I don’t need it where I’m going so might as well be able to help the process,” he said. “There are a lot of individuals that have this issue and the more research that’s being done, hopefully we can have something to combat it.”

CTE is a degenerative disease known to cause memory loss, violent moods and other cognitive difficulties in football players, members of the military and others who have endured repeated head trauma. It can only be diagnosed after death. Researchers believe the severity of the symptoms is increased for those who began playing football at a younger age.

After years of denials, the NFL has acknowledged a link between head blows and brain disease and agreed in 2015 to a $1 billion settlement with former players.

The Illinois bill is similar to a proposal in New York, and Nowinski said lawmakers in at least one other state are working to raise the age at which children begin playing tackle football. He said studies have shown that starting tackle football before the age of 12 can lead to great neurological impairment later in life.

“This isn’t about an act to ban tackle football,” Nowinski said. “This is about an act to prevent children from being hit in the head hundreds of times through sports each season.”