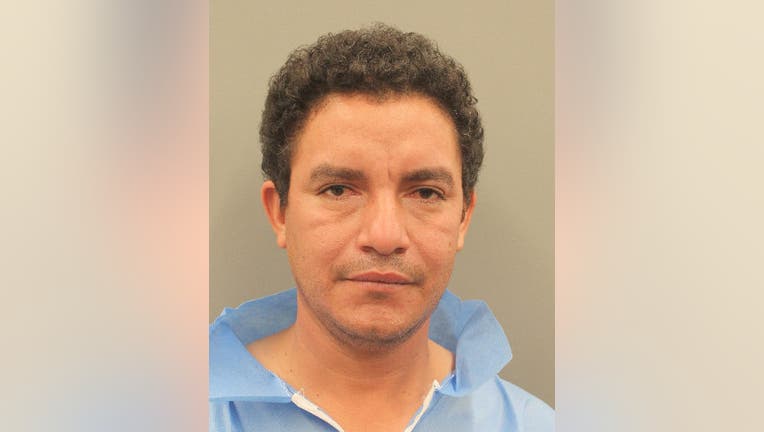 HOUSTON - A Houston man is facing several charges after an eventful night that involved the assault of a police officer.

The incident began on Sunday evening in the parking lot of a grocery store in the 5600 block of Mykawa Road. Police say that's where Rivera and a woman got into an altercation over custody of a child.

Rivera then drove his car into the woman’s car several times with his vehicle while the child, a one-year-old boy, was inside the vehicle with him.

The 22-year-old woman called 9-1-1 and drove off to the HPD Southeast Police Station at 8300 Mykawa Road. Police say Rivera followed the woman in his vehicle.

At the station, Rivera began to hit the woman’s vehicle with his hands, drawing the attention of an HPD patrol officer working the front desk.

When officers attempted to detain Rivera, he tried to back out of the parking lot in his vehicle. That's when one of the officers was caught by the door of Rivera’s vehicle and dragged. Rivera then ran over the officer as he left the scene.

Paramedics arrived and transported the officer in stable condition to the hospital, where she was treated and released on Monday.

The 22-year-old woman and her son were not injured.

Officers located the suspect and conducted a traffic stop in the 8700 block of Telephone Road, where he was taken into custody without further incident.