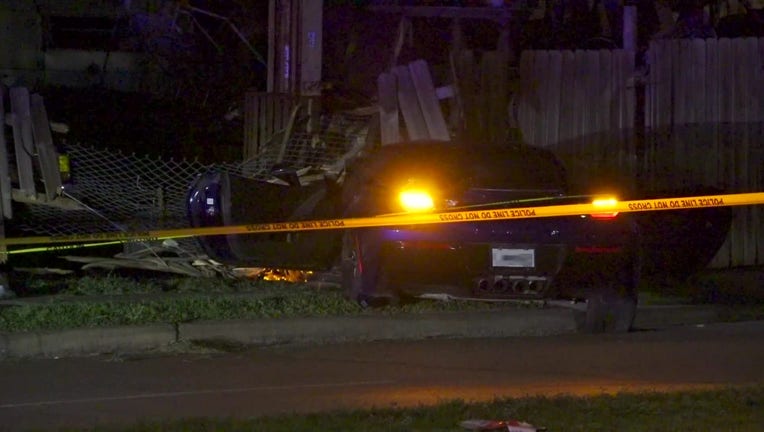 HOUSTON - Police are investigating the deadly shooting of a man who was found in a crashed car in north Houston.

Authorities responded to a report of a crash around 11:15 p.m. Monday in the 10200 block of Fulton Street.

Firefighters arrived on the scene first and found a car crashed into a fence. A man with gunshot wounds was pronounced dead.

Police are trying to determine where the shooting actually occurred.

According to HPD, it appears the car was going south on Fulton, crossed into the northbound side and then crashed into the fence.

Anyone with information is asked to call the HPD Homicide Division.