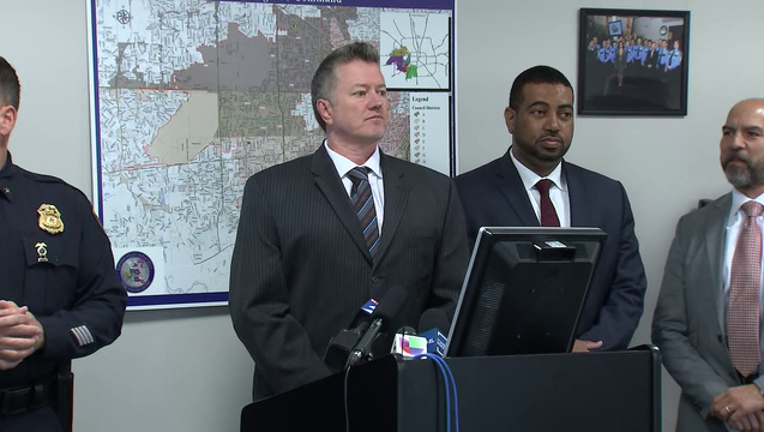 Authorities announce dozens of arrests in a human trafficking operation.

Authorities say eight victims were recovered with the potential of others coming forward.