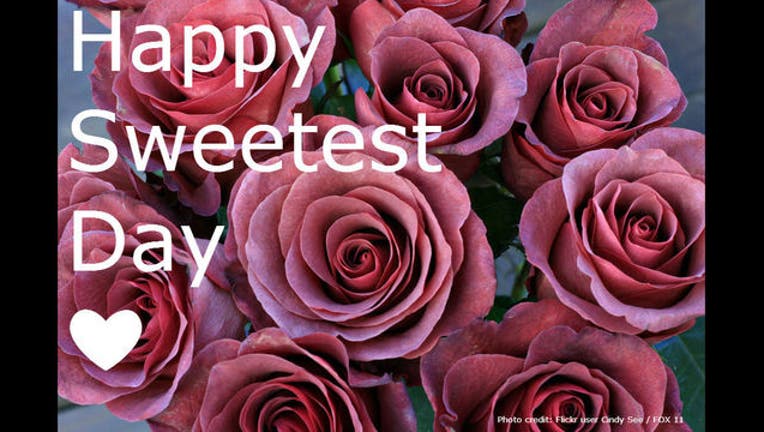 It may not be as popular as Valentine's Day, but the third Saturday of October has been designated as a way to shower your loved ones with sweetness.

It's also commonly criticized as a "Hallmark holiday." But in fact, Hallmark has a pretty detailed history on the day that associates the origin with a candy company.

"It's simply a reminder that a thoughtful word, deed or small gift enriches the life of the recipient as well as the person giving it," Hallmark's website reads.

According to Hallmark, Sweetest Day began around 1922 by Herbert Birch Kingston, a Cleveland, Ohio, candy company employee "who wanted to bring happiness to the lives of those who often were forgotten."

Kingston and others reportedly gave candy and small gifts to orphans, people confined to their homes and others to show them that someone cared.

In the early 1930s, actresses Ann Pennington and Theda Bara got on board and distributed candy to newspaper boys, theater-goers and patients in Cleveland hospitals, Hallmark says.

The idea of spreading cheer eventually expanded to include family members, sweethearts and even coworkers.

According to Hallmark, Sweetest Day is mostly observed in the Great Lakes region where the holiday originated, including Illinois, Indiana, Michigan, Ohio, and Wisconsin.

But still, Sweetest Day seems to have increasingly spread throughout the country.

Whether you celebrate it or not, Happy Sweetest Day everyone!