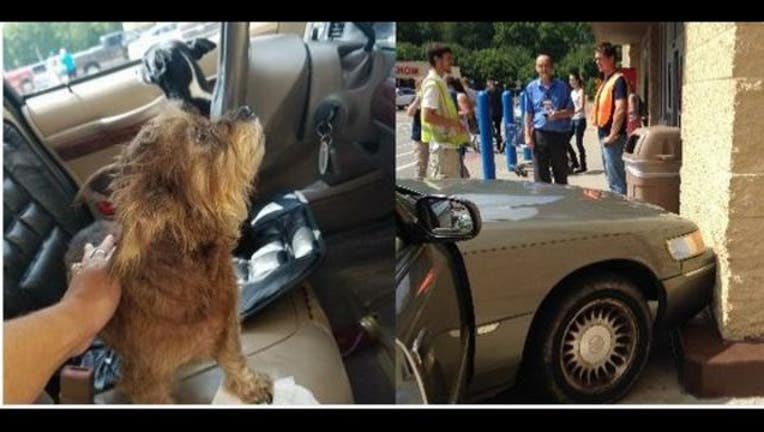 (FOX 11) - Two dogs were having a 'ruff' day when they crashed their owner's car into a Walmart in West Virginia.

WSAZ-TV  reported that two dogs were in the car. One was in the driver's seat and one in the passenger's seat as the vehicle rolled into the building in Wayne on Friday.  No injuries were reported.

The car owner says she left the car running while she went into the store so the dogs could stay cool. She says the dogs must have somehow managed to get the car out of park.

Surveillance video of the car crashing into the store:

The car and the store were slightly damaged.