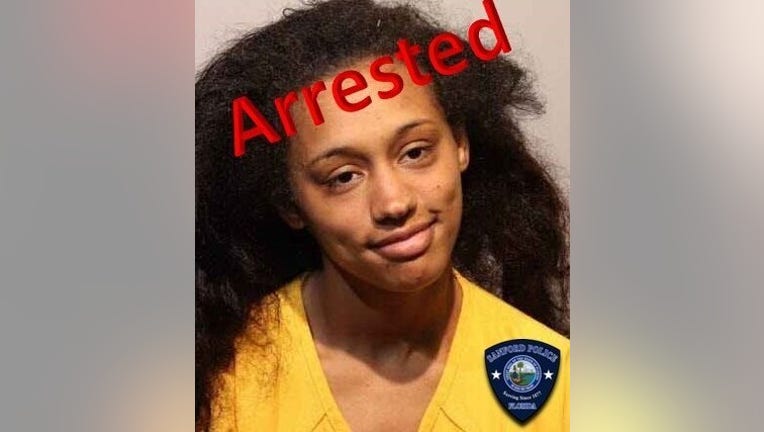 SANFORD, Fla. - A video posted on social media allegedly showing a baby being slapped in the face has landed a Central Florida woman behind bars, according to Sanford police.

Tya Posley, 23, is facing a charge of cruelty toward a child/abuse.

According to the arrest report from Sanford police, officers were notified on Tuesday about a disturbing video making the rounds on social media which showed a woman hitting an infant.

The report states that the video shows Tya yelling and pointing at someone, presumably the infant, and Posley is heard saying, "your daddy wants to post sh-- right, he want to f---ing post sh-- and not answer the God d--n phone. I hate your a--" while slapping the one-year-old child on what appears to be the face and back.

Police say they were told that the abuse had been ongoing for one year.

Law enforcement say they identified the woman in the video as Posley and did a well-being check at the home in the Windchase Apartments complex.

Following the investigation, the baby was taken by Child Protective Services and Posley was arrested. She reportedly denied hitting the baby.

Chief Cecil Smith says what the infant endured was "gut-wrenching and infuriating."

"Though social media often brings about many challenges, today is a day I am grateful for it as it brought forth swift relief and protection for this young child. Thank you to the many citizens who saw this video and immediately alerted us. You may very well have saved this infant's life."