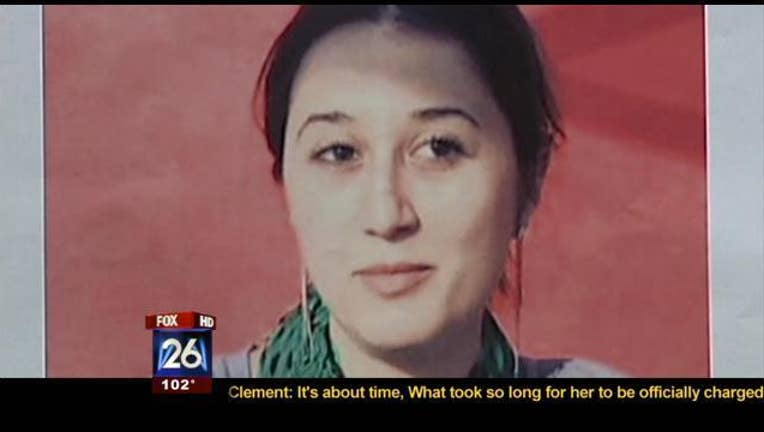 A vigil was held Tuesday night for a young woman murdered in cold blood in the Galleria area.

And despite a record-breaking reward, there are still no solid leads or suspects in the killing of Gelareh Bagherzadeh.

Bagherzadeh loved science and yearned to pursue the kind of forensics that solve crimes, the same kind of clues that seem entirely absent in the crime that took her life. It is a mystery to her family, says Kathy Soltani, a close friend.

"They don't know why anybody would want to harm their daughter. It's driving them crazy," said Soltani.

The Iranian-born student would have been 31 years old this week. Gelareh Bagherzadeh was studying genetics at MD Anderson Cancer Center so the candlelight vigil at the water wall near the Galleria included a drive to register bone marrow donors.

Gelareh Bagherzadeh was driving home to her parents' townhouse on Augusta drive on a late night in January.

But someone was perhaps lying in wait nearby. Bagherzadeh was shot dead through the closed passenger window of her car, which suggests no words were spoken.

Her valuables were left untouched, which practically rules out robbery. Her tires were still spinning as the car came to rest against a garage door.

"We don't know if somebody followed her there, we don't know if she was meeting somebody there," said HPD Homicide investigator Richard Bolton. "But we know that her murder occurred at that location because of the evidence on the scene, glass right there by the door."

But who would want Gelareh Bagherzadeh dead? And why? It's true she protested against the theocratic leadership in Iran and pressed for women's rights in the Middle East.

Was that enough to trigger an assassination? Gelareh's mother can't be sure, according to Soltani, the family friend.

"She always says, ‘This will not bring my daughter back, but at least it will give me closure. I will know why somebody wanted to hurt my daughter,'" Soltani told FOX 26 News.

The Bagherzadeh family has created a website soliciting tips that might crack the case – and trumpeting the largest reward in Crime Stoppers history: $200,000 for information leading to an arrest.

"The grief is intensified when justice is lacking," said Houston crime victims' advocate Andy Kahan. "And right now, justice is lacking and this family sorely needs answers. And we're hoping to give them answers soon."

If you have some of those answers, you can tip off Crime Stoppers and become eligible for the reward without revealing your identity. Click here for details:

In other aspects of the case, a good starting point is the Bagherzadeh family's website, which you can find here: