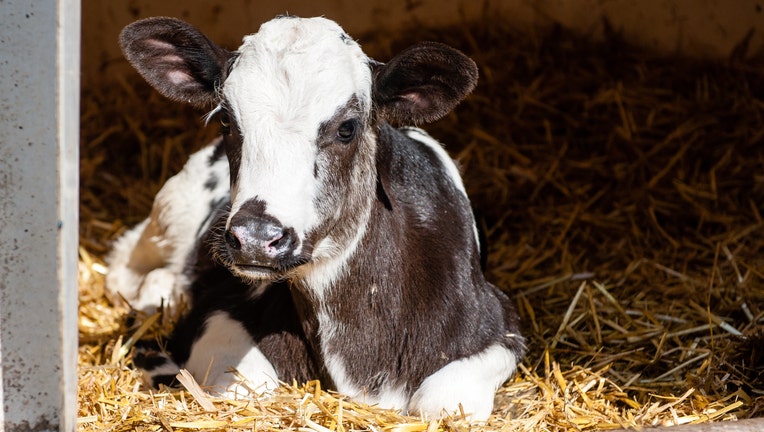 A file image dated April 7, 2019, shows a cow resting on grass in the Netherlands. Deputies said the cow charged at the officer and owner after the bite.(Photo by Ricardo Hernández/NurPhoto via Getty Images)

GEORGETOWN, S.C. (AP) - A sheriff's deputy responding to a burglary call in South Carolina was forced to settle a beef between his K9 and a spooked cow by using a stun gun.

Georgetown County sheriff's deputies were dispatched to the Pleasant Hill community on Wednesday when a K9 that was brought to the scene reportedly became “distracted” and bit a cow belonging to the property owners, a statement from the agency said. The officer was forced to stun the dog to prevent the cow from being seriously injured, the office said.

Reacting to the bite, the cow charged at the deputy and property owner, hitting them and causing minor injuries. After taking stock of the situation, the deputy placed the dog in his cruiser. None of the people or animals involved appeared to be seriously hurt, The Greenville News reported.

At the end of it all — the sheriff's office determined the original burglary call was unfounded.

Pleasant Hill is about 43 miles (69 kilometers) west of Myrtle Beach.