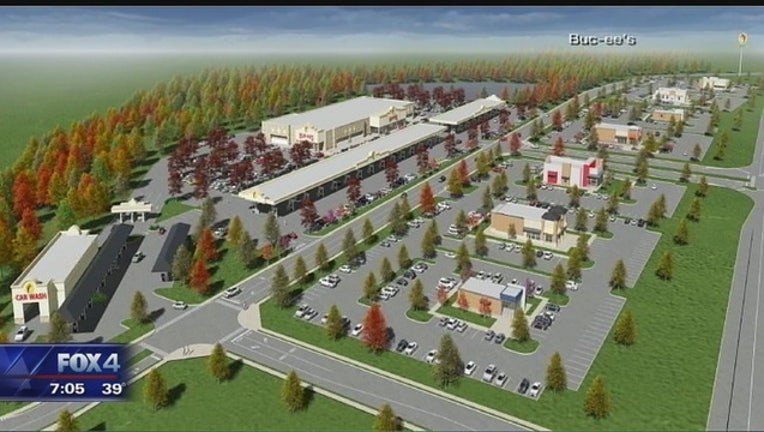 A Buc-ee's Travel Center is coming to Denton and it will receive tax incentives from the city.

After more than 4 hours of discussion on Tuesday night, the city council approved about $8 million in tax incentives. Two of the seven council members voted no.

The mega store will be built off I-35E near Wind River Lane. People both for and against the store voiced their opinion at the meeting. Opponents said the mega store shouldn't need public funding to be successful. Some residents were also concerned about noise, traffic and pollution. Supporters said the store would bring jobs and tourism.

Before construction starts, an underpass will be built at I-35 and Brinker Road.

"We'll start the design process. We have plenty of time because it's going to be quite a while until this Brinker project is finished with TxDOT. But, it does take a long time. It takes over a year to build a store, so we'll get started right away." Buc-ee's Owner Arch Aplin said.

The Denton store is expected to open in Spring of 2018.