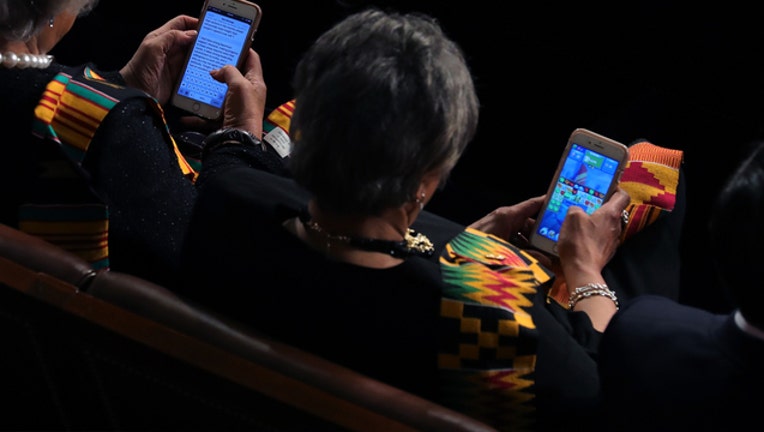 Members of Congress look at their cell phones during the State of the Union address in the chamber of the U.S. House of Representatives January 30, 2018 in Washington, DC. (Photo by Chip Somodevilla/Getty Images)

(Fox News) -- It’s a scenario all gamers can relate to.

You’re deep into a game, maybe rescuing Princess Peach in “Super Mario Bros.” or stopping your family from drowning in “The Sims.” But then you have to stop gaming and go to work.

Well, one Democratic congresswoman has come up with a solution -- just keep gaming. Rep. Brenda Lawrence, D-Mich., was caught doing exactly that on her phone during President Trump’s State of the Union on Tuesday.