The alpha variant has been the most prevalent lineage of the novel coronavirus in the United States since April, but the U.S. Centers for Disease Control and Prevention expects that is no longer the case.

The CDC predicted that the delta variant, which originated in India, has likely already surpassed its U.K. counterpart as the most common strain in America.

RELATED: Delta variant: What to know about the spreading coronavirus strain

Five regions mapped out by the Department of Health and Human Services are predicted to see delta variant proportions ranging from 34% to more than 80%, the CDC said.

"Variant proportions are dynamic and difficult to predict due to reporting delays, the presence of multiple variants, and changing incidence," the CDC said in a statement. "CDC continues to evaluate approaches that can reliably predict these dynamics while making improvements to genomic surveillance to increase the number, representativeness, and timeliness of specimens."

The delta variant was first detected in India and has since been found in more than 80 countries. In recent weeks, it has drawn more attention due to its higher rate of transmission.

It’s still unclear if the delta variant is more deadly than other strains, but the CDC notes "increased transmissibility" with the delta variant and the potential for it to make certain monoclonal antibody treatments less effective.

"All of these viruses have been lethal in their own regard," Dr. Michael Ryan, executive director of the WHO’s health emergencies program, said during a June 21 news conference. "This virus has the potential to be more lethal because it’s more efficient in the way it transmits between humans and it will eventually find those vulnerable individuals who will become severely ill, have to be hospitalized and potentially die."

Studies have shown that the available vaccines work against variants, including the delta variant. But there is concern a variant will emerge that can evade the protection offered by the vaccines. 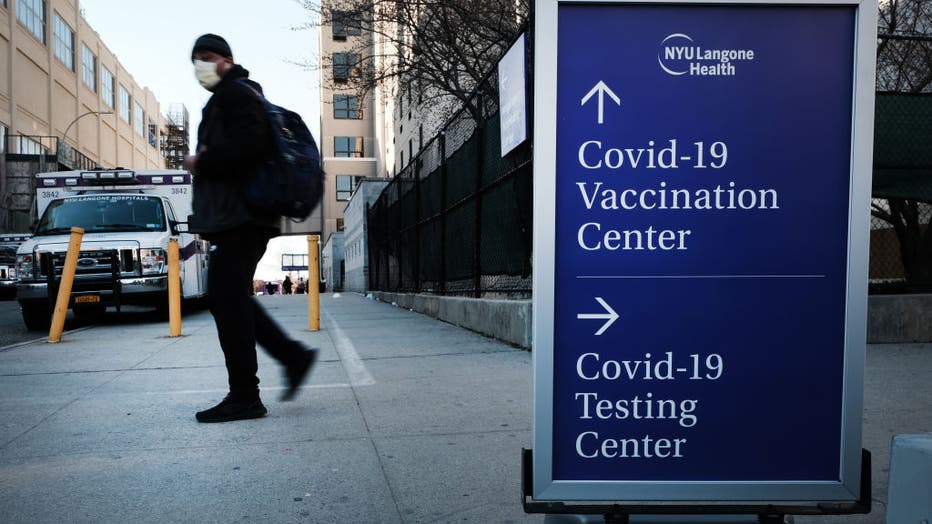 People walk by a sign for both a Covid-19 testing clinic and a Covid vaccination location outside of a Brooklyn hospital on March 29, 2021, in the Brooklyn borough of New York City. (Photo by Spencer Platt/Getty Images)

Dr. Anthony Fauci, the nation’s top infectious disease expert, called the delta variant "currently the greatest threat in the U.S. to our attempt to eliminate COVID-19." But he’s encouraged by the vaccines’ efficacy against the delta variant

"Good news: Our vaccines are effective against the delta variant," Fauci said during a COVID-19 briefing last month. "We have the tools. So let’s use them, and crush the outbreak."