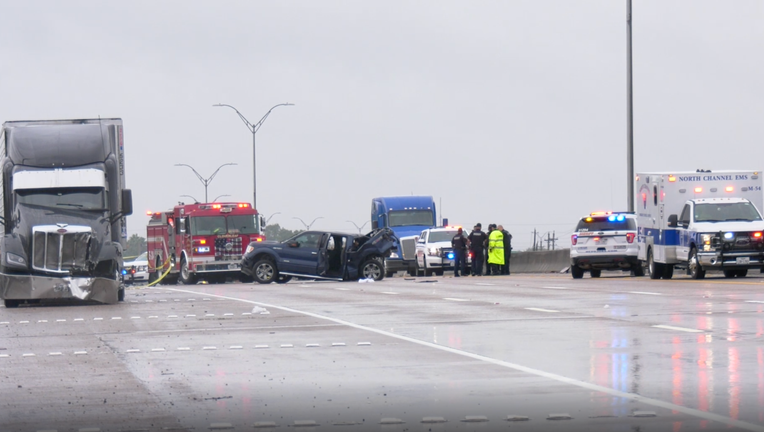 HARRIS COUNTY - At least one person is dead after a crash involving an 18-wheeler and three other vehicles in east Harris County Friday morning.

Authorities say it happened on Sam Houston Parkway between Wallisville and Woodforest Road.

No word on what caused the crash, which is still under investigation.