Day 3 of the Derek Chauvin trial brought emotional testimony and police bodycam footage of the arrest of George Floyd. Floyd says he's claustrophobic before refusing to get into the police vehicle.

NEW YORK - The Pulitzer Prizes awarded a special citation to Darnella Frazier, the teen who filmed the police killing of George Floyd in Minneapolis.

The Star Tribune of Minneapolis won the breaking news prize for its reporting following Floyd’s death.

Frazier's award was intended to highlight "the crucial role of citizens in journalists’ quest for truth and justice," while the board called The Star Tribune of Minneapolis' prize-winning coverage "urgent, authoritative and nuanced."

The honors were among a series awarded for coverage of the pandemic and protests in 2020. 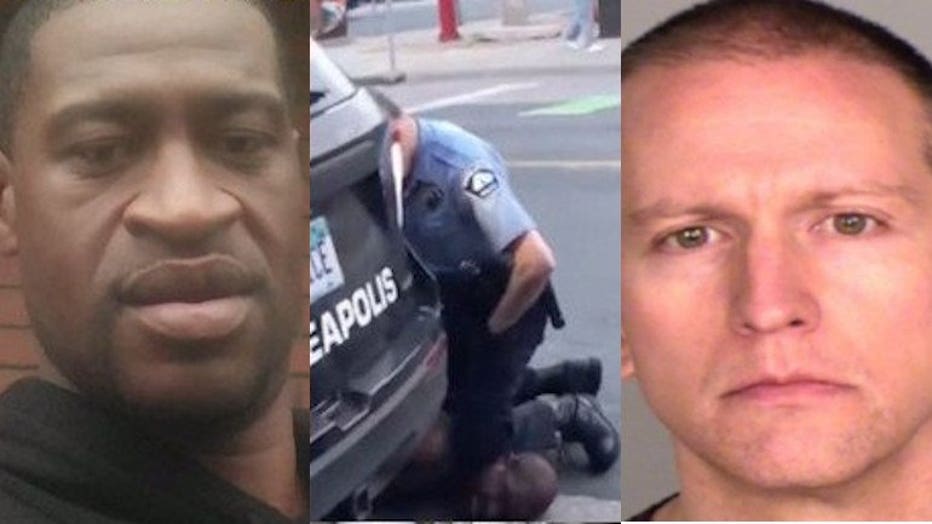 The original police statement and comments regarding Floyd’s death described it as a "medical incident."

"He was ordered to step from his car. After he got out, he physically resisted officers," the original news release read. "Officers were able to get the suspect into handcuffs and noted he appeared to be suffering medical distress. Officers called for an ambulance. He was transported to Hennepin County Medical Center by ambulance where he died a short time later."

That narrative was quickly refuted as Frazier’s cellphone video surfaced and went viral. She testified in Chauvin’s trial about what she saw on May 25, 2020, that prompted her to take out her phone and start filming. She said she was alone on sidewalk when she began recording the video of Floyd’s arrest on her phone.

Additionally, the Associated Press won two Pulitzer Prizes in photography Friday for its coverage of the racial injustice protests and the coronavirus’s toll on the elderly, while The New York Times won the public service award for its in-depth, but accessible reporting on the pandemic.

The AP and The New York Times each won two prizes.

The feature photography prize went to AP’s chief photographer in Spain, Emilio Morenatti, who captured haunting images of an older couple embracing through a plastic sheet, mortuary workers in hazmat gear removing bodies and of people enduring the crisis in isolation.

The breaking news prize for protest coverage was shared by 10 AP photographers. One widely reproduced photograph by Julio Cortez on the night of May 28 in riot-torn Minneapolis shows a lone, silhouetted protester running with an upside-down American flag past a burning liquor store.

"It is a tremendous honor to win not only one, but two Pulitzer Prizes for photography, and a true testament to the talent and dedication of AP photojournalists," said AP President and CEO Gary Pruitt. "These photographers told the stories of the year through remarkable and unforgettable images that resonated around the world."

The New York Times won its public service prize for pandemic coverage the judges said was "courageous, prescient and sweeping coverage" and "filled the data vacuum" for the general public. Wesley Morris of the Times won for criticism touching on the intersection of race and culture.

The Boston Globe received the investigative reporting Pulitzer for a series demonstrating how poor government oversight imperils road safety. The series detailed how the United States lacks an effective national system to keep track of drivers who commit serious offenses in another state. It also reported how the increasingly deadly trucking industry operates with minimal federal government oversight.

The prize for explanatory reporting was shared by two recipients, including Reuters. Ed Yong of The Atlantic won for a series of deeply reported and accessible articles about the pandemic.

The Associated Press and Chris Williams contributed to this report.