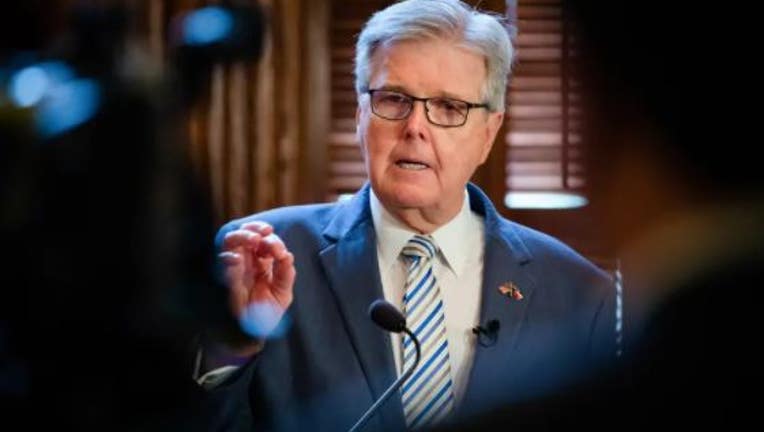 **EDITOR'S NOTE** The headline to this story has been shortened for length.

Lt. Gov. Dan Patrick is under fire after blaming Democrats for not doing more to increase COVID-19 vaccination among African Americans.

During an interview Thursday night on Fox News, Patrick was asked about the state of the pandemic in Texas, and he noted the virus is spreading mostly among the unvaccinated. In most states, he said, African Americans are the "biggest group" who are unvaccinated and they are reliable Democratic voters. In Texas, the vaccination rate among Black people is low compared to other racial and ethnic groups, but in terms of raw numbers, the biggest group of the unvaccinated is white people.

"It's up to the Democrats, just as it’s up to the Republicans, to try to get as many people vaccinated, but we respect the fact that if people don’t want the vaccination, we’re not gonna force it on them," Patrick said. "That’s their individual right. But in terms of criticizing the Republicans for this, we’re encouraging people to take it, but they’re doing nothing for the African American community that has a significant high number of unvaccinated people, so they need to address that."

Patrick's comments sparked immediate outrage, including from within the Senate that he oversees. Sen. Borris Miles, a Black Democrat from Houston, released a statement Friday morning saying that "for the second time in the past month, Lt. Governor Dan Patrick has made prejudiced, inflammatory statements about African Americans and that is unacceptable."

Miles was among several Black politicians from Houston who got vaccinated at a news conference late last year, hoping to set an example for their communities.

The full vaccination rate among Black people in Texas is 29%, lower than the rates for Asian, Hispanic and white Texans.

Texas has reported race and ethnicity data for about 82% of people who are fully vaccinated.

Also despite Patrick's claims, vaccine hesitancy is higher among Republicans than it is among Black people in Texas, according to a June poll from the Texas Tribune and the University of Texas at Austin. Thirty-eight percent of Republicans said they would not get a vaccine as soon as it is available to them, while 18% of Black people said the same.

Patrick's Democratic challenger for reelection, Mike Collier, also responded to the Fox News interview, saying in a statement that Patrick is "blaming Black Texans for low vaccination rates to distract from his own failures."