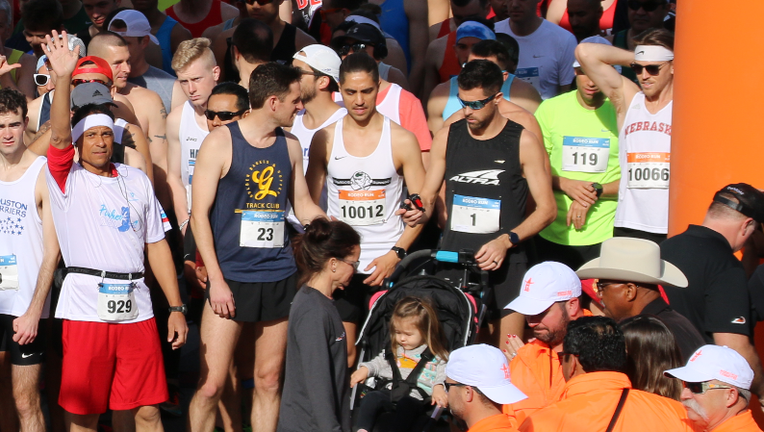 HOUSTON - Calum Neff, an elite runner and father of three girls, has a habit of breaking world records.

He currently holds the Guinness World Records for both the fastest man to run a full marathon while pushing a stroller with a time of 2 hours and 31 min. Calum pushed his 4-year-old daughter Alessandra and beat the former record by 11 minutes. He also held the world record for the fastest man to run a half marathon, finishing in 1 hour and 11 minutes with his 1-year-old Holland.

World-class runner Calum Neff has set a new world record for the fastest man to run a 10K while pushing a stroller, finishing with a final time of 31:43 at the 2020 Rodeo Run!

Neff was be the Last Man Starting at the Houston Marathon in an effort to raise money for the non-profit Houston Marathon Foundation which awards scholarships and other funding to worthy local recipients. He will begin the races 40 minutes after all participants have already started, with the challenge to pass as many people as he can. Each runner caught will earn a pledge for the foundation.

MORE: Keep up with the Houston Livestock Show and Rodeo!