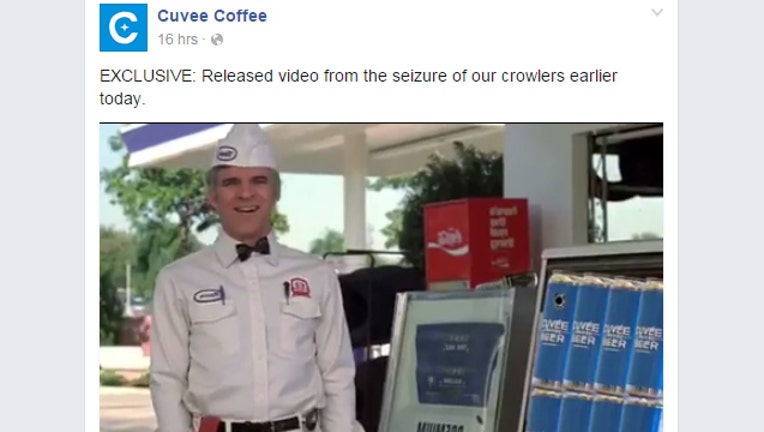 The TABC took the equipment and issued a violation notice to Cuvee Coffee. They say their auditors witnessed employees illegally canning beer.

Cuvee Coffee was issued a written warning in June, and they were given 30 days to stop canning beer.

Under state law, only businesses with a permit to manufacture or brew beer, ale, or malt liquor on-site may "can" their products for resale.

According to a press release by TABC.

FOX 7 spoke with Cuvee Coffee owner Mike Mckim yesterday.  According to Mckim the TABC press release is "totally inaccurate."  He says that Cuvee did not receive repeated warnings, they were given 1 warning.

In response to TABC’s recent actions Cuvee released the video below to their facebook page.