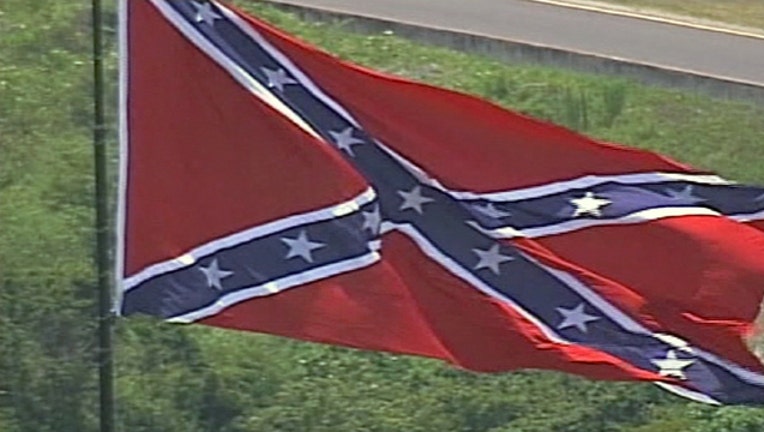 NEW ORLEANS (AP) - A federal appeals court cleared the way Monday for the city of New Orleans to take down three Confederate-era monuments that have been a source of tension in the Southern city.

A three-judge panel of the 5th Circuit Court of Appeals in New Orleans upheld a lower court's refusal to block the removal.

The City Council voted in December 2015 to remove four monuments after a series of heated public meetings. One of those structures remains tied up in other litigation.

"We do not pass on the wisdom of this local legislature's policy determination, nor do we suggest how states and their respective political subdivisions should or should not memorialize, preserve, and acknowledge their distinct histories," the ruling said. "Wise or unwise, the ultimate determination made here, by all accounts, followed a robust democratic process."

In a statement released after Monday's 5th Circuit ruling, Mayor Mitch Landrieu said the city would remove the monuments, store them and preserve them until an "appropriate" place to display them is determined. Bids for the removal are to be released Tuesday, Landrieu said in a news release.

The most prominent of the statues is a likeness of Confederate Gen. Robert E. Lee standing high atop a pillar at Lee Circle on historic St. Charles Avenue. Others honor Gen. P.G.T. Beauregard and Confederate States of America President Jefferson Davis. The fourth monument, honoring whites who rebelled against a Reconstruction government, will remain in place pending unrelated litigation.

Landrieu had urged the monuments' removal after police said a white supremacist who posed for photos with the Confederate battle flag killed nine parishioners inside an African-American church in South Carolina in June 2015.

But their removal has been sharply controversial in a city where passions over the Civil War still run strong. Opponents call the monuments part of the city's history and say they should be protected historic structures. Others say they're offensive artifacts honoring the region's slave-owning past.

A contractor hired to remove the monuments later pulled out of the job, citing death threats and possible loss of business. The city has put the bid process on hold until the court process concludes.

Groups arguing for the monuments to remain mounted a legal challenge to keep the statues in place, and the 5th Circuit year blocked the city from removing the monuments - until Monday's ruling.

"This win today will allow us to begin to turn a page on our divisive past and chart the course for a more inclusive future," Landrieu said.

Michael Quess Moore, a founding member of Take Em Down NOLA, a group advocating for the removal of monuments, said he was "ecstatic."

"This is a huge teachable moment for the nation to learn about the dangers of white supremacy," Moore said.

In a statement late Monday, groups supporting the monuments said they are disappointed and "a more appropriate response to calls for the monuments' removal is a program to include explanatory plaques and markers to present these individuals in the context of their time."

The groups are considering whether to ask for a rehearing before the full 5th Circuit Court, according to the statement.

They unanimously upheld U.S. District Judge Carl Barbier's dismissal of a request for a preliminary injunction pending a trial. The case remains alive in Barbier's court with no trial date set.