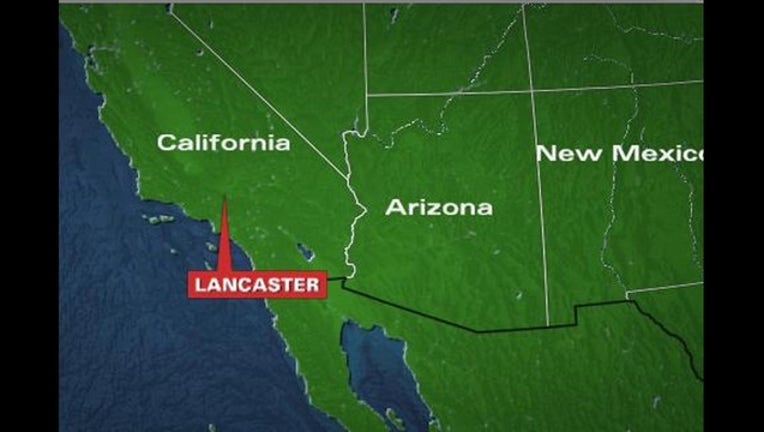 LOS ANGELES (AP) -  LOS ANGELES (AP) -- A woman found locked in a storage shed behind a Los Angeles County home appeared malnourished and had old and fresh wounds, investigators said as the woman's brother and his girlfriend remained held on charges of torture, abuse and false imprisonment.
It was unclear how long the 54-year-old woman had been locked in the shed in the Mojave Desert city of Lancaster, about 40 miles north of Los Angeles.
Evidence indicated that the woman may have been living in the shed for some time, and may have only recently been locked inside after a family dispute, said Sgt. Harold Morrow with the Los Angeles County Sheriff's Department.
Detectives interviewed the woman, but Morrow described her as a reluctant victim.
"That's what we're trying to get to the bottom of -- how long has this been going on?" he said Tuesday. "We're just trying to keep her cooperation and get to the story.
"We're still scratching our heads on the whole thing," Morrow added.
Deputies found the woman locked in the shed on Sept. 22 after getting reports of someone screaming. When they opened the shed, deputies described the woman as frail, malnourished and covered with wounds, prosecutors said.
The woman's brother, 61-year-old Elias Abdurahman, and his girlfriend, 50-year-old Sara Kebede Tadesse, were arrested and charged with false imprisonment by violence, torture, assault with a deadly weapon, and abuse of a dependent adult causing great bodily injury. The deadly weapon that investigators allege was used is a cane.
Abdurahman had not yet been assigned an attorney, and it was unclear whether Tadesse's case had been assigned.
Neither Morrow nor the Los Angeles County prosecutor on the case, Carolyn Yeh, could explain why the 54-year-old woman was considered a dependent.
Court documents say the torture charge stemmed from the intention "to cause cruel and extreme pain and suffering for the purpose of revenge, extortion, persuasion and for a sadistic purpose." The false imprisonment charge was "effected by violence, menace, fraud and deceit."
The torture and abuse charges covered a yearlong time period, while the false imprisonment charged stemmed from a single day, the day the woman was found locked in the shed.
Abdurahman and Tadesse were being held on $1.1 million bail. Their arraignments have been set for Oct. 20.
Messages left at a listing in Lancaster for Abdurahman were not returned.
If convicted as charged, Abdurahman and Tadesse face a possible maximum sentence of life in state prison