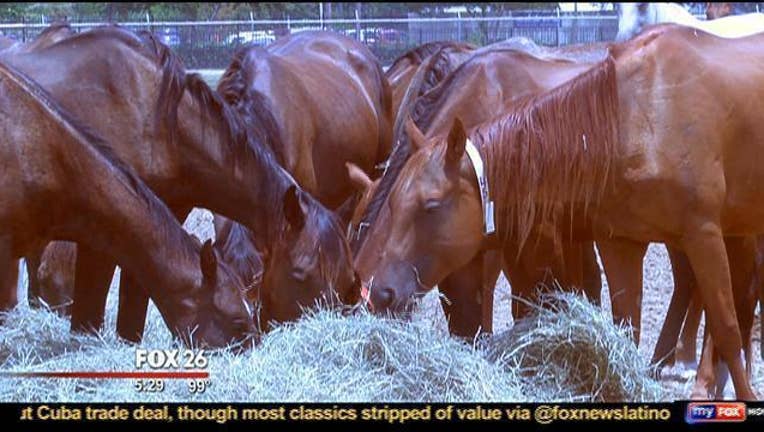 They are the survivors. Animals who suffered at the hands of an abusive Conroe breeder and silently waited for rescue.

"You have all these ups and downs. The horses are doing great one day and not so great the other day and were fighting for them. It's very emotional," said Jackie Kelsey.

Kelsey is part of the SPCA barn crew caring for what's been labeled  "the Conroe herd", more than 200 horses rescued in one of the biggest cruelty seizures in recent memory.

The sheer cost of the ongoing rehabilitation is staggering.

"We have incurred a cost of $485,000 to date for these 207 horses that were seized about five weeks ago," said Brian Latham, Houston SPCA spokesman.

Getting these animals ready for adoption, they say, will take time.

"For a long time we were having to sedate some of the horses to give them their medical treatments or their vet care and it’s nice to see those improvements starting to happen and some trust forming between the horses and the folks who work here in the barn," said Latham.

The healing process has not come without some heartbreak. For four of the rescued, the damage done was simply too deep.

"You care for them and in the end you try to save their life and you can't because they are just too far gone. It hurts, but then you just have to think of all the other horses who are doing so well and we have saved and it helps a little bit," said Kelsey.

Anyone interested in adopting or contributing to the care of these animals can find both contacts and information at SPCA website http://www.houstonspca.org/