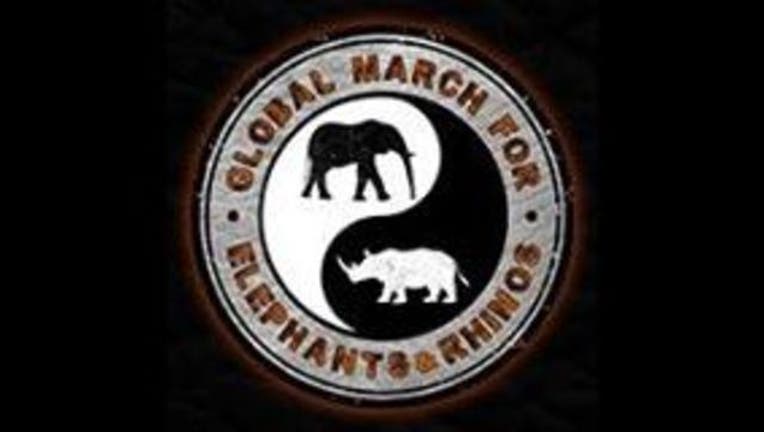 JOHANNESBURG (AP) — A vehicle carrying a rhino sculpture led anti-poaching marchers in a Johannesburg district. Kenya's environment minister joined conservationists at a similar rally in Nairobi, the capital. In London, activists in elephant costumes demanded an end to the ivory trade.

The demonstrations Saturday were part of what organizers called a "global march" for rhinos and elephants, whose populations have been severely reduced by criminal networks that sell rhino horn and elephant ivory for high prices, particularly in parts of Asia.

Organizers want governments to focus more on protecting wildlife, though they acknowledge that major challenges such as poverty and corruption facilitate poaching.

Organizers have events scheduled on every continent this weekend, most on Saturday in an effort to raise awareness and funds to protect elephants and rhinos.

Here in Houston a concert is scheduled at Khon's, 2808 Milam Street  7pm-10pm. Performing will be Space Villains, The Wheel Workers and Us. Admission is $5.00 and all proceeds will go to the Save the Elephants Foundation.