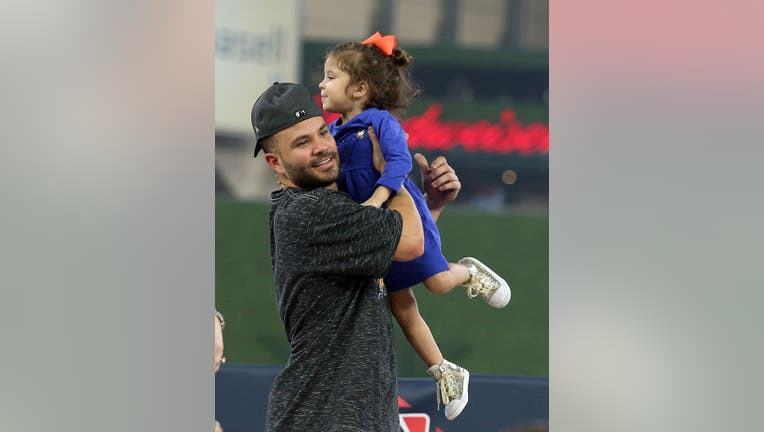 Congrats are in order for Jose Altuve and his wife, Giannina Altuve.

The Houston Astros player's wife announced in an Instagram video on Sunday that she is pregnant.

The video was of their gender reveal celebration that included friends, family, and lots of pink smoke and confetti. Yes, the couple is having another girl!

The couple is already parents to a 3-year-old girl named Melanie.