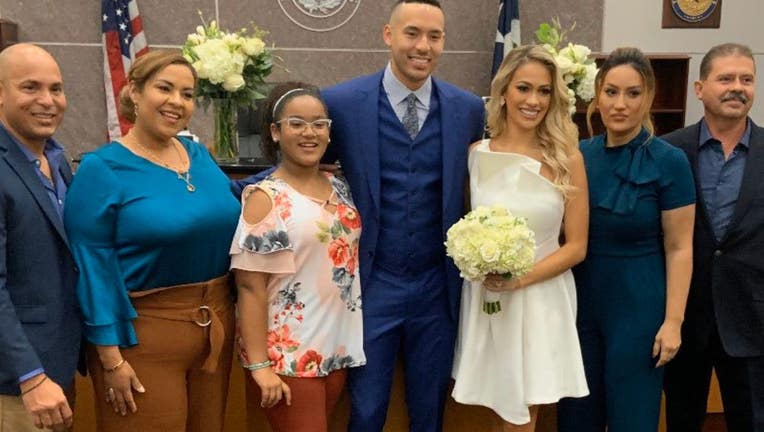 HOUSTON - Love is in the air, and Houston Astros’ Carlos Correa has decided to tie the knot with Daniella Rodriguez.

Rodriguez, was also crowned Miss Texas in 2016, took to Instagram on Monday to announce the marriage, which appeared to have taken place in a courthouse.

Officially Mrs. Correa forever and ever ❤️ I love you with my whole heart.. MY HUSBAND ❤️

“Officially Mrs. Correa forever and ever,” Daniella said in the caption. “I love you with my whole heart.. MY HUSBAND.”

The couple has been engaged since the 2017 World Series. They plan on having a wedding ceremony in the Dominican Republic as well on December 7.