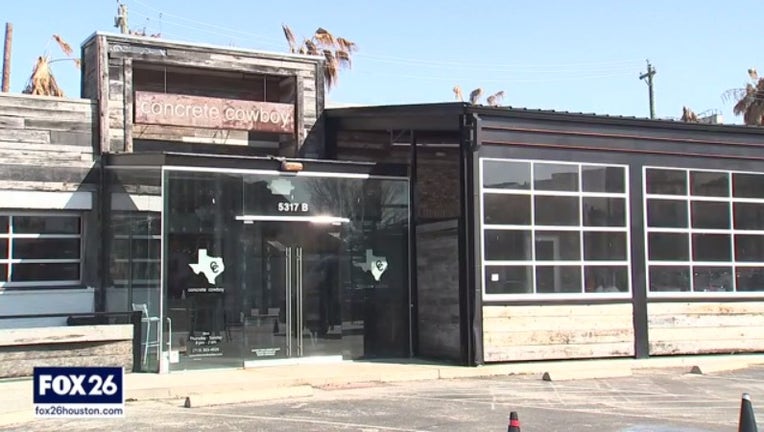 HOUSTON - A Houston bar that planned a "mask off" party on Wednesday has called off the event after being pressured by local officials.

The owner of Concrete Cowboy, Dan Wierck, wrote Turner an email saying he would not open the bar at all Wednesday night when the party was initially scheduled to coincide with statewide restrictions being lifted.

Houston Mayor Sylvester Turner reads an email from the owner of Concrete Cowboy canceling the mask-off party that received much criticism. Concrete Cowboy also told the mayor it would be closed on Wednesday, the day the party was planned for which coincided with the mask mandate being lifted in Texas.

Concrete Cowboy, which is located on Washington Avenue, had posted a flyer on their Instagram page promoting their maskless party.

"I would say not to do it," said Turner. "Don’t treat the virus as if the virus doesn’t exist."

A handful of local and state leaders held a press conference Sunday to urge a Houston bar to cancel their promoted "mask off" party. On Instagram, Concrete Cowboy along Washington Avenue, posted a flyer promoting their "mask off" party for this coming Wednesday.

The governor may have ordered Texas to re-open 100% but doctors are suggesting you continue avoiding crowds, social distancing, and wearing a mask.