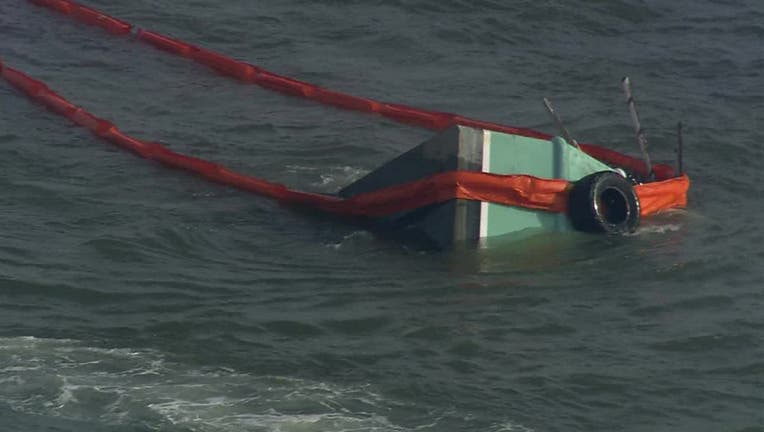 The Coast Guard is searching for two fishermen after a vessel collision near Galveston.

GALVESTON - The Coast Guard says its unified command has suspended the search for two missing fishermen after vessel collision near Galveston.

The missing fishermen's 81-foot fishing vessel Pappy’s Pride capsized after a collision near the Galveston Jetties.

Responders have searched more than 49 square miles over the past three days.

“It is never an easy decision to suspend a search," said Cmdr. Jordan Baldueza, Sector Houston-Galveston search and rescue mission coordinator. “Our hearts are with the families, friends and loved ones of every individual involved in this tragic event. Responders from multiple federal, state and local agencies, as well as multiple good Samaritans, have worked tirelessly over the past three days to conduct aerial flights, shore patrols and maritime searches covering more than 49 square miles in hopes of locating these two gentlemen.”

The cause of the incident is still under investigation by the Coast Guard and the National Transportation Safety Board.

One person was found by good Samaritans and transferred to emergency medical services personnel.

Another person was recovered by a Coast Guard crew. They were unresponsive, and the crew administered CPR before transferring them to EMS. Despite the life-saving efforts, he was later pronounced deceased.