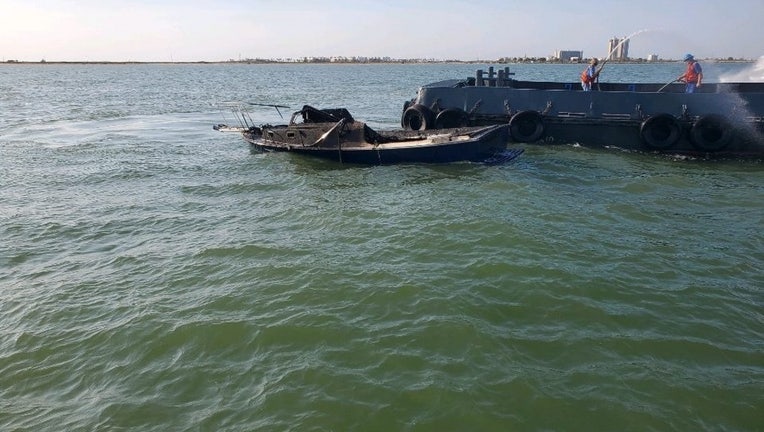 GALVESTON - Three people are safe after being rescued from a vessel on fire near the Houston Ship Channel entrance in Galveston on Saturday morning.

A Houston-Galveston Coast Guard crew responded to the 25-foot vessel around 8:37 a.m.

The crew arrived on the scene and began extinguishing the fire alongside the Erin T, an offshore supply vessel.

The Coast Guard says a good Samaritan safely removed the passengers from the vessel.

"The quick actions and teamwork of the Daniel Tarr crew and good Samaritans resulted in a safe outcome for the passengers involved," said Chief Warrant Officer Brooke Milstead, command duty officer. "We encourage all mariners to remain vigilant and provide assistance when safely possible."