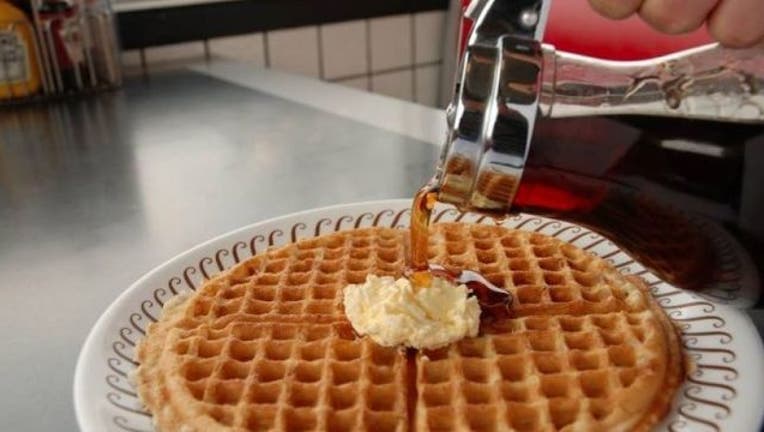 ATLANTA (AP) - Waffle House co-founder Joseph Wilson Rogers Sr., who went from short-order cook to co-founder of one of the nation's largest restaurant chains, has died. He was 97.

Georgia-based Waffle House said Rogers died Friday. No cause was given.

Rogers, born in Jackson, Tennessee, was the son of a railroad worker who was laid off during the Great Depression, the company said in a statement announcing the death. After his father's layoff, Rogers delivered newspapers and laundry to contribute to the family income.

During World War II, he joined the Army Air Corps, learned to fly and also trained B-24 pilots, eventually earning the rank of captain, the company said.

After the war, he found work grilling burgers during the day at a Toddle House restaurant in New Haven, Connecticut. At night, he learned accounting and other aspects of the business from the manager and his wife. He was quickly promoted to local and regional management positions, the company said.

After moving to Georgia, Rogers and Tom Forkner opened the first Waffle House restaurant just east of Atlanta in Avondale Estates, in 1955. Under their leadership, the Waffle House chain grew to 400 restaurants by the end of the 1970s, the company said in a statement.

Rogers still spent time at the corporate headquarters in Norcross until a few years ago, the Atlanta Journal-Constitution reported.

"I'm not an executive, I'm a waffle cook," Rogers once told the newspaper.

"My father genuinely loved every customer who walked into a Waffle House, and customers immediately understood that," Rogers' son, Waffle House Inc. Chairman Joe Rogers Jr., said in a statement. "The customer always came first for him, and he made sure the customer came first for everyone who worked with him."

Rogers is survived by his wife of 74 years, Ruth Jolley Rogers, the company said.

A memorial service is planned Wednesday at the Georgia Tech Hotel & Conference Center in Atlanta.