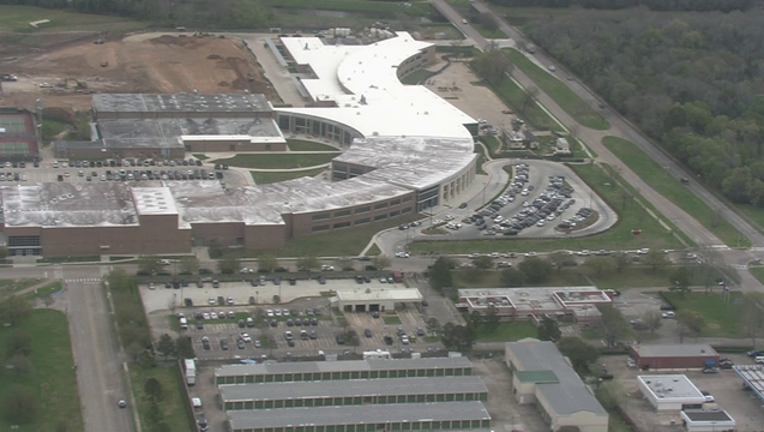 HOUSTON (FOX 26) - Clear Lake High School was placed on lock down Monday morning after a student told school officials that her ex-boyfriend had threatened to harm her, the district says. The lockdown was lifted after police searched the premises.

According to CCISD, the student said she had seen her ex-boyfriend, who is not a Clear Lake High School student, on the campus and he had threatened her. The school was placed on lockdown while police searched the building and the surrounding area. After police gave the all clear, the school went into Protect Mode, where exterior doors remained locked but students were allowed to walk within the campus and return to their classes so attendance could be taken.

CCISD says the 20-year-old male was eventually located in Pasadena where he lives and arrested on an outstanding warrant for an unrelated matter.

The district says teachers and the principle were able to talk to the students about the events and CCISD crisis counselors were available to students and staff members. After Protect Mode was lifted, around 400 of the 2,500 students left the schools with their parent or guardian.

In a letter home to parents, principal Karen Engle stated, “It is my hope that we kept you, our parents, informed along the way. For those who understandably came to the campus out of concern, thank you for your grace and patience as you waited outside. Keeping a firm parameter is for everyone’s safety.”

Extra counselors will be available at the school tomorrow. The district says there will also be an increased police presence at the school. The Houston Police Department is investigating the initial threat.