Cadillac reverses onto street, crashes on top of parked cars in Citrus County

Dash cam video shows a Cadillac sedan reversing at a high rate of speed out of the SunTrust and into the street, going through an intersection before it crashed on top of two parked cars in the bank's parking lot.

HERNANDO, Fla. - Deputies in Citrus County say a driver accidentally backed up onto two other cars in a bank parking lot.

The crash occurred Monday. According to the sheriff's office, the adult male driver reversed out of the SunTrust drive-thru and over a curb into County Road 486.

Then, they said,  he "cut the wheel" and continued reversing around the curve and through the intersection until he hopped the curb back into the SunTrust parking lot along Forest Ridge Boulevard. 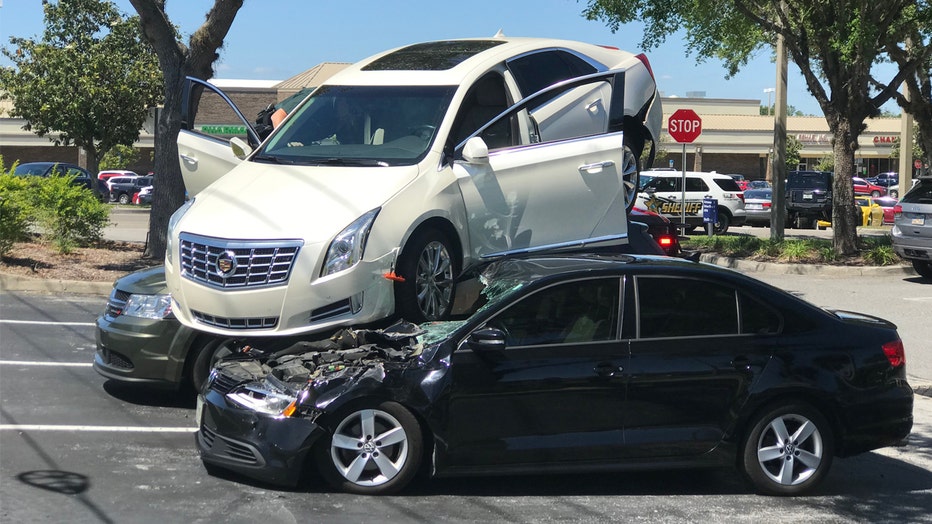 That's when the driver reversed on top of two parked cars.

Deputies said they are still investigating what caused the incident.