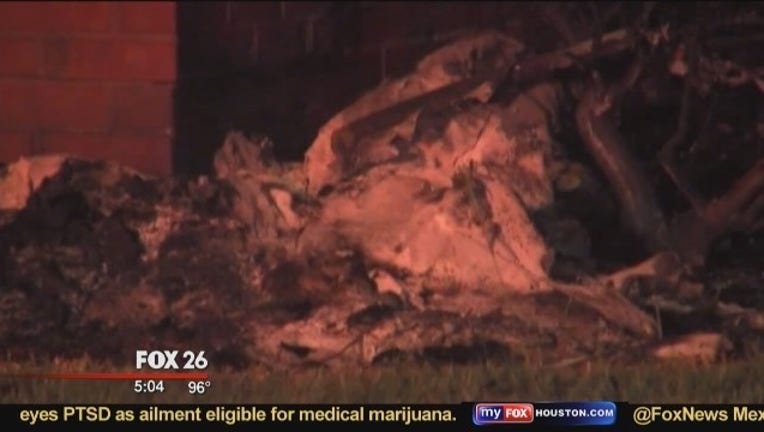 If it was supposed to be a knockout blow, it was more like a jab.  The Fifth Ward  MBC Church's multipurpose center contained the damage thanks to thick cement walls and quick work by the fire department. But what hurts more than the actual fire was how it started.

"I was told by one of my members who talked to the arson investigators that it was arson." said Pastor Leonard Barksdale.

Pastor Barksdale got the call around seven-thirty this morning. It was out by the time he arrived. The fire melted chairs, bubbled paint on the walls and spread soot and ash everywhere. Fortunately the computer lab was spared along with the offices and nursery. As if to reinforce their belief it wasn't electrical, the lights are still working.

The investigation is far from complete but if it was deliberate members say they're pretty sure how the arsonist or arsonists got in though a back door. You can see where it got jimmied.

But who would do this and why? There have been a rash of church fires across the south since the massacre in Charleston. While at least one might have been caused by lightning, investigators believe the rest were deliberately set.  Was this a hate crime too? Pastor Barksdale wouldn't speculate.  He will be preaching forgiveness and as the pastor here for 21 years he's convinced they will be able to. But don't mistake their mercy for weakness.

"We want the perpetrator caught.. be tried and if found guilty get the full extent of the law."

He says to put it in Biblical terms the guilty will have to render unto Caesar what is Caesar's.