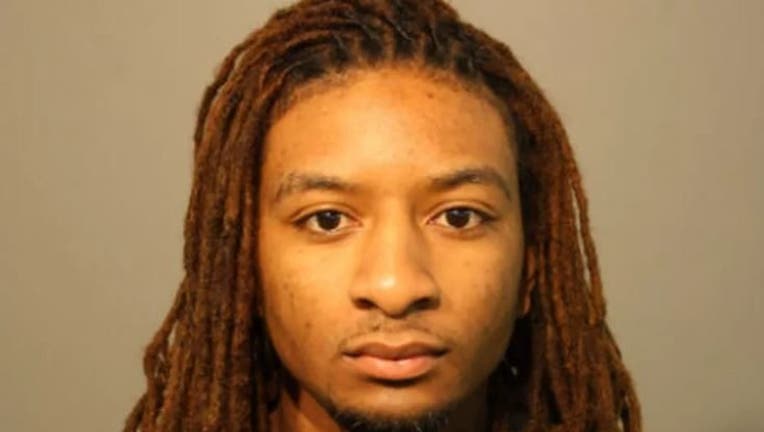 CHICAGO - An aspiring Chicago rapper who posted a video on YouTube of himself throwing thousands of dollars that he inherited from his mother to his “fans” has been sentenced to 99 years in prison for her 2012 murder-for-hire killing.

Both men were convicted last March of first-degree murder, attempted murder and home invasion in the killing of Yolanda Holmes, who was a hairstylist in Chicago’s Uptown neighborhood, the newspaper reported.

Prosecutors said Holmes doted on her son, an only child, lavishing him with fancy clothes, jewelry and a Mustang, but that he wanted more. Wilson, then 23, sent Spencer to his mother’s apartment to kill her in September 2012 so that Wilson could raid her bank accounts, prosecutors said.

“The word is ‘matricide,’ meaning murder of one’s own mother,” Cook County Judge Stanley Sacks said Friday, as he stared from the bench at Wilson and Spencer. “Whatever he wanted, his mother gave to him. A car. A job. One could say he was spoiled. She gave Qaw’mane life, and it was his choice to take it away from her.”

Records showed that Wilson withdrew nearly $70,000 from his mother’s accounts in the months after her death and spent the money on flashy clothes and to customize the Mustang she had given him to have gull-wing doors added to the vehicle.

Wilson also posted on YouTube a video of himself withdrawing thousands of dollars in cash from a bank and throwing those bills to a crowd of people that he said in the video were “fans” of his rap music. That video was played for the jury that convicted Wilson, who went by the name “Young QC.”

During sentencing, he slouched in his chair and merely nodded when Sacks announced the sentence. When asked if he had anything to say before Sacks made his ruling, Wilson spoke briefly.