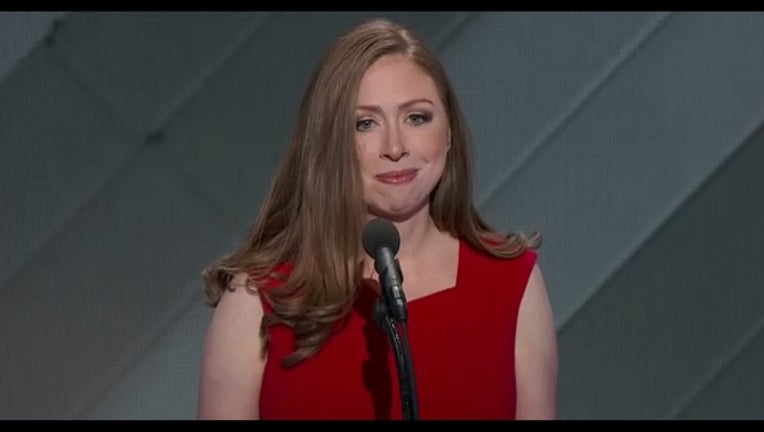 Chelsea Clinton introduces her mother, Hillary, at the Democratic National Convention on July 28, 2016.

NEW YORK (FOX 5 NY) - Chelsea Clinton and Marc Mezvinsky are now parents to a third child, who was born Monday, according to the former first daughter.

"This morning we welcomed our son, Jasper Clinton Mezvinsky," Clinton tweeted Monday at 7:34 a.m. "We are overflowing with love and gratitude and can’t wait to introduce him to his big sister and brother."

Clinton and Mezvinsky, who have been married since 2010, also have a 4-year-old daughter, Charlotte, and a 3-year-old son, Aidan.

Former Secretary of State Hillary Clinton retweeted her daughter's announcement and added: "Bill and I are so thrilled."

"Hillary and I are overjoyed and grateful to meet our new grandson, Jasper!" Ex-President Bill Clinton tweeted.

Clinton is an author and public health expert. She has written a book on global health policy and several books for children.

Mezvinsky, an investor, has served on the boards of companies and nonprofits.