Car stolen from Harris County gas station with toddler inside

A toddler was found wandering in a park after the car he was in was stolen from a gas station in northeast Harris County.

HOUSTON - Harris County deputies have charged two men with stealing a car that had a toddler in the backseat, and a couple is charged with child abandonment.

According to the Harris County Sheriff’s Office, the man and woman were inside a gas station on Old Humble Road and Homestead and had left the unlocked car running in the parking lot with their 16-month-old child in the backseat.

Investigators say the the baby’s mother, 21-year-old Kimberley Cook, initially told them she and the baby’s father, 29-year-old Anthony Blue, left their 16-month-old in the car as they ran into the store, but it didn’t take investigators long to find out the couple had actually been inside playing on a gaming machine while the baby was in the unlocked, running car alone around midnight. 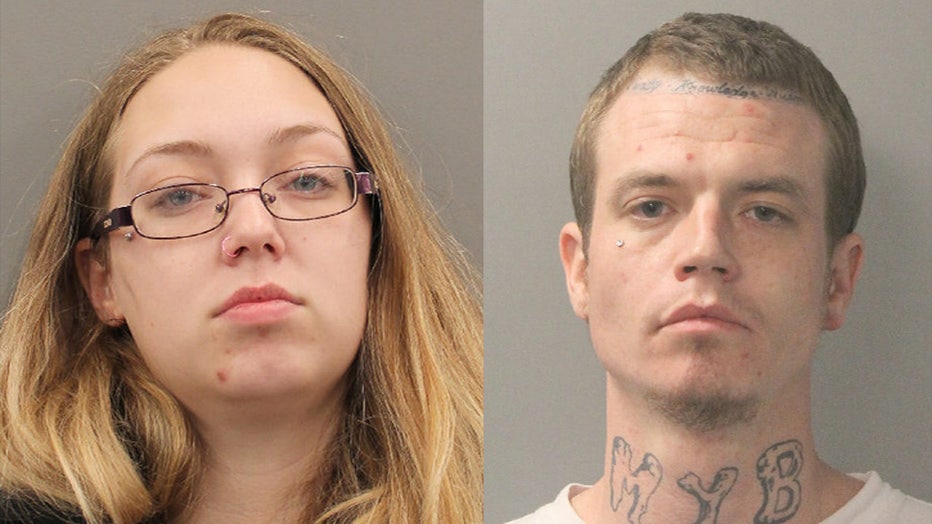 Kimberley Cook and Anthony Blue are charged with child abandonment.

Around midnight, authorities say they went outside and the car was gone.

The moment Cook and Blue realize their baby was stolen with their car, they are seen on camera rushing away from the gaming machines and out the door.

"They were scared, obviously. It’s their baby. They were running around, going crazy,” store clerk Sal Syed explains.

Deputies say Vincent Leon Cannady and Jabari Jonathan Davis saw the car running and drove off in it.

"He said they were just two kids, came in they were asking for directions to go somewhere. He never saw them before,” explains Syed.

The description of the car was sent to law enforcement agencies across Harris County. Around 12:25 a.m., a parks ranger was closing MacGregor Park when he saw the toddler wandering in the parking lot.

The child was taken to the hospital as a precaution and has been released. 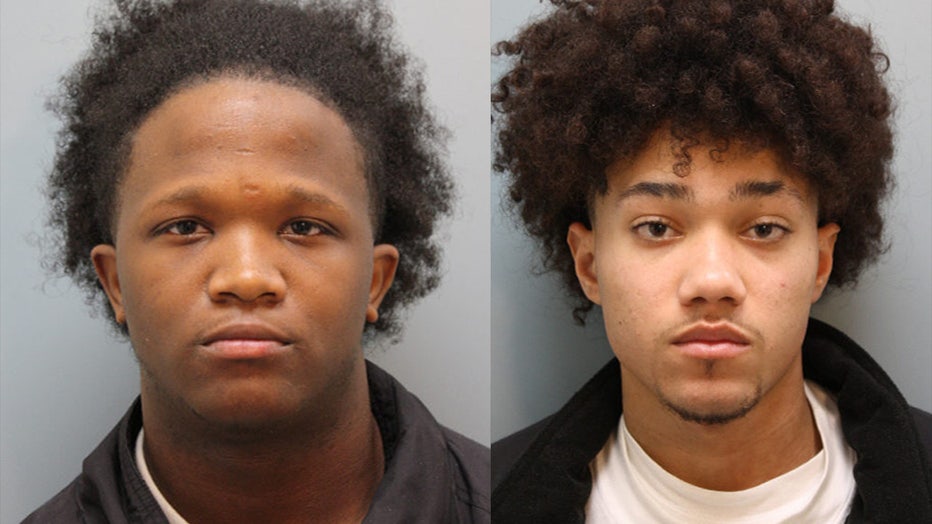 Deputies say the car was spotted driving on the 610 Loop around 1 a.m. and a pursuit ensued. The vehicle was brought to a stop at TC Jester and the North Loop. Cannady and Davis were taken into custody.

Cannady and Davis are charged with auto theft and felony kidnapping.

Cook and Blue are charged with child abandonment.

“Everybody knows better. You cannot even leave the baby in the car not even for a minute to grab something. They’re sitting here for like 30, 40 minutes,” says Syed.

The baby is now with his grandparents and the investigation is continuing.