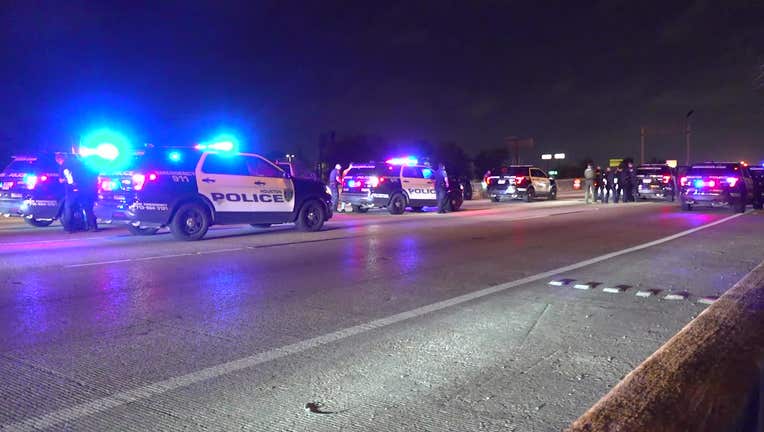 Houston police take two suspects into custody after a police chase that began in northwest Houston and ended on the southeast side of the city.

HOUSTON - Two suspects were taken into custody after a police chase across Harris County that ended when their car ran out of gas.

The chase began near the Willowbrook area early Friday morning. Houston police were attempting to stop a car that was reportedly taken by aggravated robbery suspects.

The vehicle traveled through a neighborhood near Fallbrook Drive and I-45, west down Fallbrook to Jones Road, north on Jones to Louetta Road, east on Louetta to I-45 and then down I-45 all the way to Dixie Farm Road on the southeast side of Houston. The vehicle then turned around and went back north.

The car ran out of gas near I-45 and Monroe Blvd. Two suspects were taken into custody.