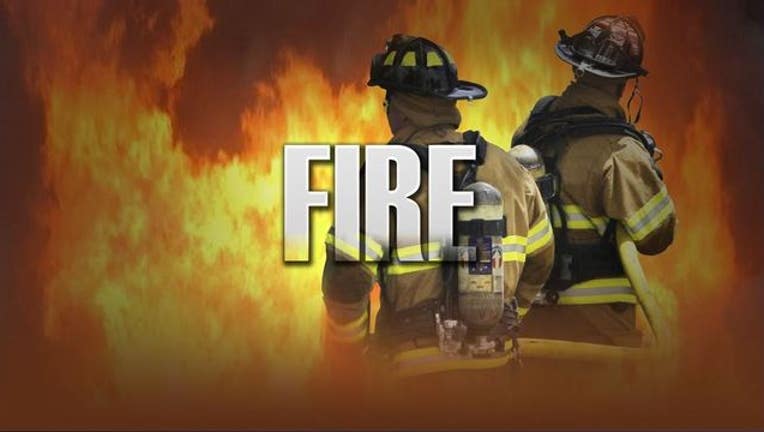 FORT MCMURRAY, Alberta (AP) — Canadian officials will start moving thousands of people from work camps north of devastated Fort McMurray in a mass highway convoy Friday morning if it is safe from a massive wildfire raging in Alberta.

Officials airlifted 8,000 people on Thursday and will continue the airlift Friday, while a mass migration of cars will move south in the morning.

The Alberta provincial government, which declared a state of emergency, said more than 1,100 firefighters, 145 helicopters, 138 pieces of heavy equipment and 22 air tankers were fighting the fire, but Chad Morrison, Alberta's manager of wildfire prevention, said rain is needed.

"Let me be clear: air tankers are not going to stop this fire," he said. "It is going to continue to push through these dry conditions until we actually get some significant rain."

The fire continued to grow, but it is moving away from Fort McMurray and the rate of its growth has slowed. No rain clouds were expected around Fort McMurray until late Saturday, with 40 percent chance of showers, according to forecasts by Environment Canada.

More than 80,000 people have emptied Fort McMurray in the heart of Canada's oil sands, authorities said.

About 25,000 evacuees moved north in the hours after Tuesday's mandatory evacuation, where oil sands work camps were converted to house people. But the bulk of the more than 80,000 evacuees fled south to Edmonton and elsewhere, and officials are moving everyone south where they can get better support services.

Officials flew 8,000 evacuees to Edmonton and Calgary by Thursday night. They hope the highway will become safe enough on Friday to move the remaining people out via the south. It was not safe Thursday.

A helicopter will lead the evacuation convoy on Friday morning to make sure the highway is safe. It will pass through Fort McMurray where the fire has torched 1,600 homes and other buildings.

Alberta Premier Rachel Notley said the first convoy will be 400 vehicles and officials would see how that goes.

There have been no injuries or death in the province from the fires. Notley said financial support will be provided to Albertans and that cash cards may be made available for evacuated residents.

The Alberta government also declared a province-wide fire ban to reduce the risk of more blazes in a province that is very hot and dry.

Fort McMurray is surrounded by wilderness and is Canada's main oil sands town. Despite the size of the town and its importance to the Canadian economy, there are essentially only two ways out via car. The region has the third largest reserves of oil in the world behind Saudi Arabia and Venezuela.

Unseasonably hot temperatures combined with dry conditions have transformed the boreal forest in much of Alberta into a tinder box. Morrison said they are investigating the cause of the fire but he said it started in a remote forested area and said it could have been lightning.

Patzert said the flames sparked at a time between the snowy season and before springtime rains that turn the landscape green, making the region especially vulnerable to wildfire.

"In a way, it's a perfect storm," Patzert said. "It's been warm, it's been dry and windy. It's the in-between period before you're in the full bloom of spring."

With few exceptions in the United States, an entire town hasn't been threatened on this scale for more than 100 years, he said.

"You could add five times the number of firefighters, but you can't get all the embers," he said. "There's no way to put out every ember flying over firefighters' heads."

The fire has dealt a blow to the region's crude production, with companies curtailing production or stopping it altogether.

Notley said the infrastructure for oil and gas production remains largely unaffected, but output is naturally down because their employees are not there.

The city's airport suffered only minor damage because of the "herculean'" efforts of firefighters, said Scott Long of the Alberta Emergency Management Agency. Firefighters have focused on protecting key infrastructure like the water treatment plant, the hospital and the airport. Crews water bombed the city Thursday.