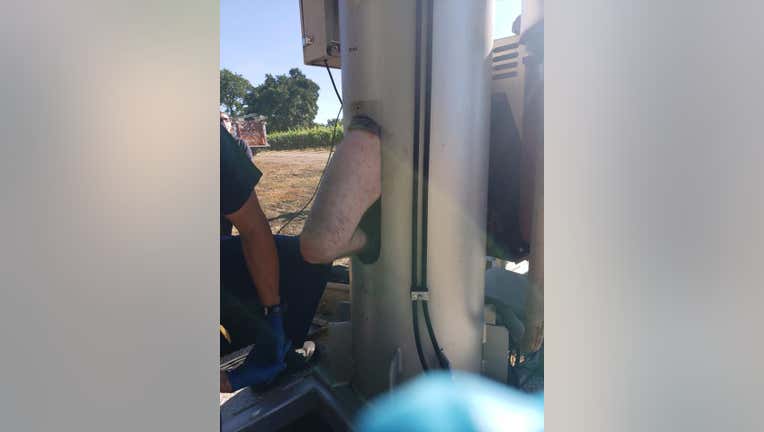 A man "inexplicably" climbs into farm equipment on June 8, 2021 before Sonoma County deputies had to pull him out. Photo: sheriff

SANTA ROSA, Calif. - A blue car parked all alone with no human in sight. A lone hat resting on a piece of farm equipment.

Those telltale signs led a Sonoma County Sheriff's deputy to make a surprising discovery on Tuesday morning along Piner Road in Santa Rosa: A man "inexplicably" had decided to climb into the shaft of the vineyard fan and became completely stuck inside. For two days.

The deputy - tipped off by a passerby about the blue car parked on private property - then called the fire department and crews were able to pull the man to safety, according to the sheriff's office Facebook post, which has more than 1,000 shares.

When deputies interviewed him, the sheriff's office said he "indicated he liked to take pictures of the engines of old farm equipment."

However, the sheriff's office said after a thorough investigation, detectives discovered the "man had far more methamphetamine than camera equipment."

Plus, the farm equipment wasn't that old or unusual, the deputies noted, adding "the motivation to climb into the fan shaft remains a total mystery."

Deputies chose not to arrest the man at the scene, noting that he required medical treatment after his "unintended multi-day stay in the fan shaft."

However, the sheriff will be recommending charges of trespassing and drug possession, as well as violations of both his probation case and the pending case for which he is currently out of custody on pre-trial release.

The sheriff's office noted that the man should make a full recovery and "hopefully be wiser for the experience." 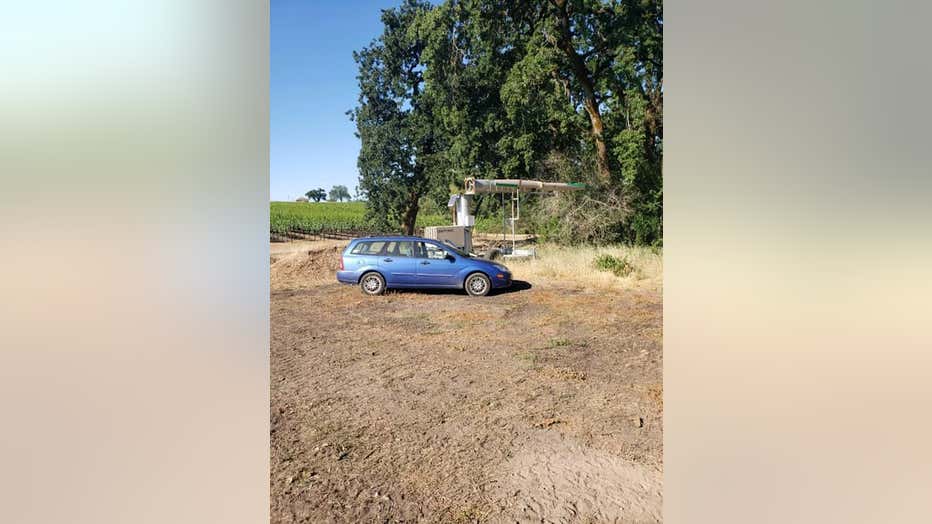 A passerby tipped Sonoma County Sheriff's deputies off that a blue car was on private property with no one in sight. June 8, 2021 Photo: sheriff 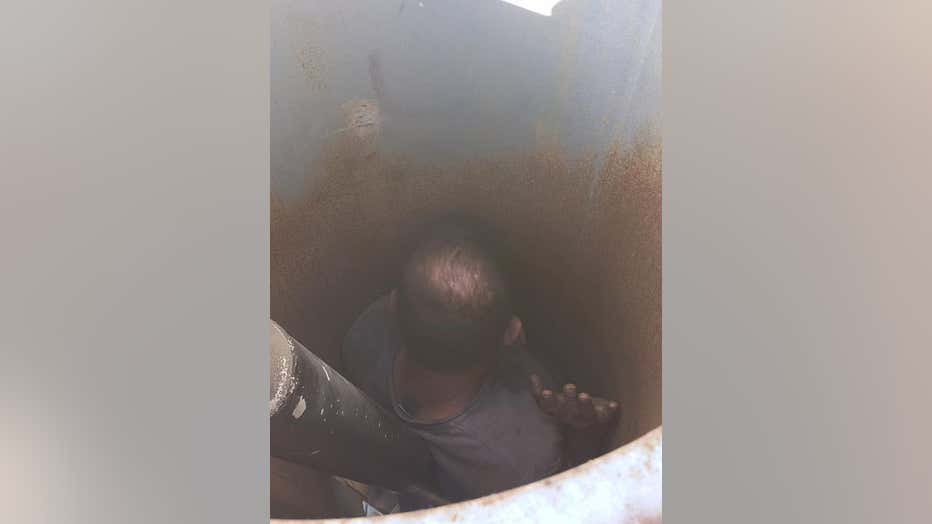