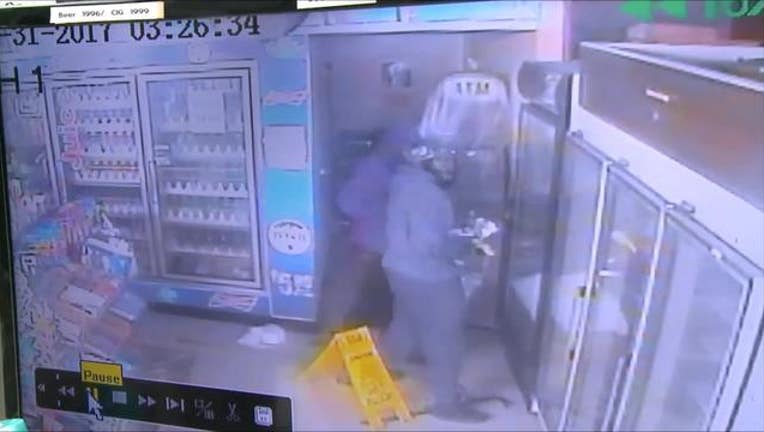 HOUSTON, TX - HPD officers are investigating a burglary where two suspects broke several cinder blocks on a gas station wall to make entry inside the store. The suspects forged a huge hole on the side of the gas station, to smash their way into the gas station.

Surveillance video shows the burglars attempting a smash-and-grab for an ATM inside a Valero gas station at MLK and Crestridge.

Authorities say the burglars were wearing fake beards and apparently did not get away with anything. If you have any information in this case, call Crime Stoppers at 713.222. TIPS.