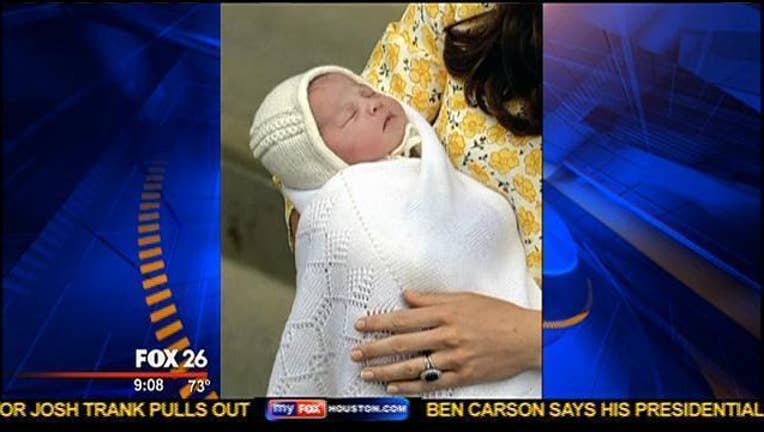 The princess is the second child of Prince William and his wife Kate, the Duchess of Cambridge.

The princess is the fifth great-grandchild of Queen Elizabeth II. She is fourth in line to the throne, after her grandfather Charles, her father William and her older brother George.

William and Kate introduced the baby princess Saturday evening to the world, just 12 hours after Kate checked into London's St. Mary's Hospital to give birth. The baby weighed in at 8 pounds, 3 ounces (3.7 kilograms).