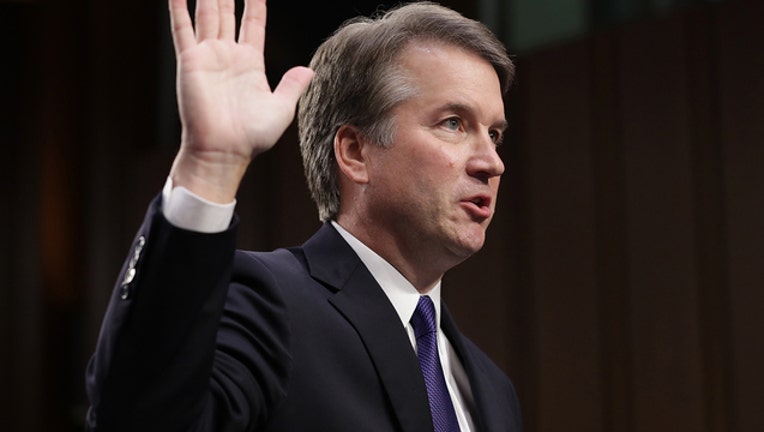 SCOTUS nominee Judge Brett Kavanaugh is sworn in before the Senate Judiciary Committee during his confirmation hearing in the Hart Senate Office Building on Capitol Hill September 4, 2018 in Washington, DC. Photo by Chip Somodevilla/Getty Images)

WASHINGTON - (FOX NEWS) -- Brett Kavanaugh, the newest Supreme Court justice, has kept one of the promises he made during his extremely divisive confirmation process: hiring an all-female contingent of law clerks.

Kavanaugh’s contentious confirmation was nearly derailed after multiple women accused him of sexual misconduct. Dr. Christine Blasey Ford, a California psychology professor, claimed in testimony before Congress that Kavanaugh held her down, attempted to forcibly remove her clothes and prevented her from screaming while at a social gathering in the early 1980s.

Kavanaugh vehemently denied the allegations and was ultimately confirmed to the nation’s highest bench in a 50-48 vote.

During the confirmation process, Kavanaugh said he hired an all-women team — a first for the Supreme Court —before the sexual misconduct allegations came to light.