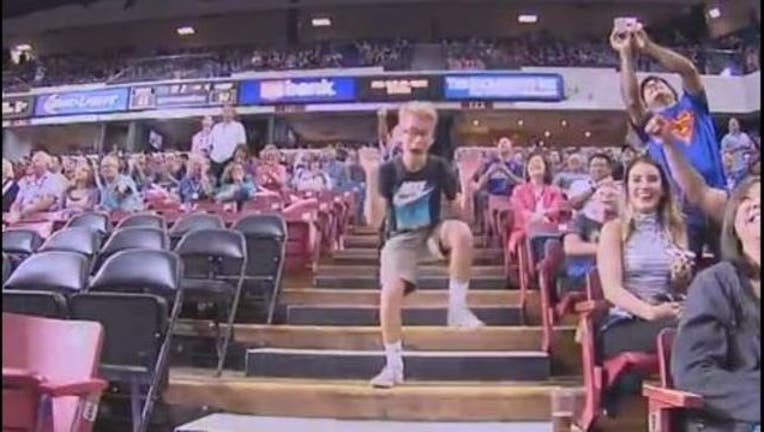 SACRAMENTO - A boy attending the Sacramento Kings pre-season game against the San Antonio Spurs in Sleep Train Arena, October 8, showed everyone how it’s done when he rocked out to Flo Rida and T-Pain’s 2008 hit Low.

The boy wasn’t deterred by watching fans or the cameras trained on him as he blew all the other kids, who joined him in a dance-off, out of the water.

The Kings fan’s dance must have worked like a charm in spurring his team on for a win, as they beat the Spurs Kings, 95-92.